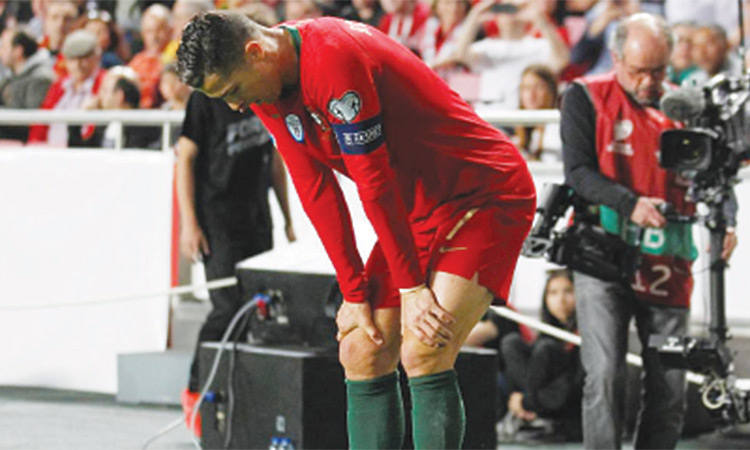 Milan: Cristiano Ronaldo’s absence through injury could give Moise Kean the chance to shine with Juventus after the teenager’s stunning breakthrough with Italy during the international break.

Ronaldo looks set to miss the champions next three Serie A games, against Empoli on Saturday, Cagliari on April 2, and AC Milan four days later after picking up a right thigh injury playing for Portugal.

The 34-year-old was rested by Juventus in their last Serie A game, after his hat-trick against Atletico Madrid sealed a place in the Champions League quarter-finals against Ajax. And without the Portuguese star, Massimiliano Allegri’s side suffered their first league defeat this season 2-0 against Genoa.

Juventus are still closing in on an eighth consecutive Scudetto with a 15-point gap on second-placed Napoli. And Kean will be hoping to get a chance to showcase his talents for their first game at home against Empoli since their dramatic victory over Atletico in the Allianz Stadium.

The 19-year-old won his first cap for Italy in a friendly last November, but it was his second appearance for the former world champions that has brought him into the spotlight.

He became the youngest Italian to score in over 60 years in their 2-0 Euro 2020 qualifying win over Finland last Saturday.

He scored again in a 6-0 rout of Liechtenstein on Tuesday. Being in a star-studded squad alongside five-time Ballon d’Or winner Ronaldo means that Kean’s opportunities of regular action have been limited. But ahead of Juventus’ return leg against Atletico, Allegri handed Kean his first Serie A start of the season against Udinese and the forward seized his rare opportunity with a brace.