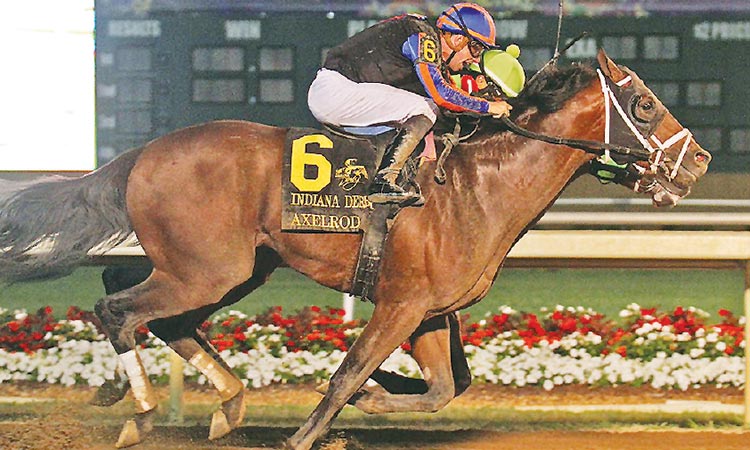 I could think of winning the big race, said Royston Ffrench. Supplied photo

SHARJAH: What a difference a year makes! If you ask, people may have different answers. But for Royston Ffrench it’s a different story. A dislocated elbow, fractures to his leg and arm, he suffered serious damage to ligaments in his left knee and seven months away from racing after being hurt in January last year when Frankyfourfingers suffered a fatal fall in the Group 3 Jebel Ali Mile.

After more than 12 months, Ffrench, who returned to racing in the UAE on October 2018 and emerged as the leading jockey with eight wins at the Jebel Ali season, is now aiming to win the Group 1 $12m Dubai World Cup sponsored by Emirates Airline on Saturday at the one of the biggest races in the world.

He will ride Phoenix Thoroughbreds Limited’s American import Axelrod. Talking to Gulf Today, he said: “I could think of winning the big race. Obiviously the Dubai World Cup is one of the biggest races and everyone wants to win the coveted trophy.

“I would like to say Axelrod and myself could do justice to ourselves,” he added. A two-time Grade 3 winner, Axelrod was ninth in the Breeder’s Cup Classic but Ffrench has high hopes on the horse.

“He is doing well. We breezed on Tuesday and I was very pleased with him. Axelrod is in good health and very happy and completely ready for the race,” he added.

Talking about his almost fatal fall, he said: “It is very difficult with every jockey when you suffer an injury but I was very fortunate to have the right people and support from friends and family. And, at the rehab team at Jack Berry House, they did a marvellous job for me as they do for everybody else. They got me in the right shape of mind physically and mentally,” he said.

“Thankfully I had a great team behind me in the Injured Jockeys Fund, Jack Berry House and Fazza Stables, I would also like to thank everyone who called to see how I was and sent well wishes.

“Kieren Fallon and Connor Beasley were also a massive help to my rehab. Kieren was out in Dubai at the time and was always seeing how I was and trying to help in any way he could, as was Connor, who was a huge help and basically looked after me as I was in a wheelchair for some time.”

Phoenix Thoroughbreds Limited will also be respresented by another American import Gronkowski at the World Cup.

Capezzano was drawn in Gate 2 as Ghadayer’s other two runners – Gronkowski and Axelrod – break from Gates 7 and 8, and the trainer said it suited their running style to be behind the early pace.

“They spent a lot of time in the quarantine before being shipped from the United States, and they will both come from their first outings [in Super Saturday on March 9] for this race,” he added.

Gronkowski – who is part-owned by New England Patriots wide-receiver Rob Gronkowski, after whom the colt is named – was second in the Grade 1 2018 Belmont Stakes.

Amer Abdulaziz founded Phoenix Thoroughbreds in 2017 and has since had success at Royal Ascot.

When Axelrod and Gronkowski, the two high-class US imports who will carry the Phoenix Thoroughbreds Ltd colours, arrived in the UAE in early January they had lost a lot of condition. Abdulaziz explains that it was a fight against time to have them ready for a prep race in March.

“When I went to see them in quarantine in March they had lost weight. But if you look at them now the change in them is incredible. Their coats are shiny and they have bright eyes and I would say they are back to normal,” he added.