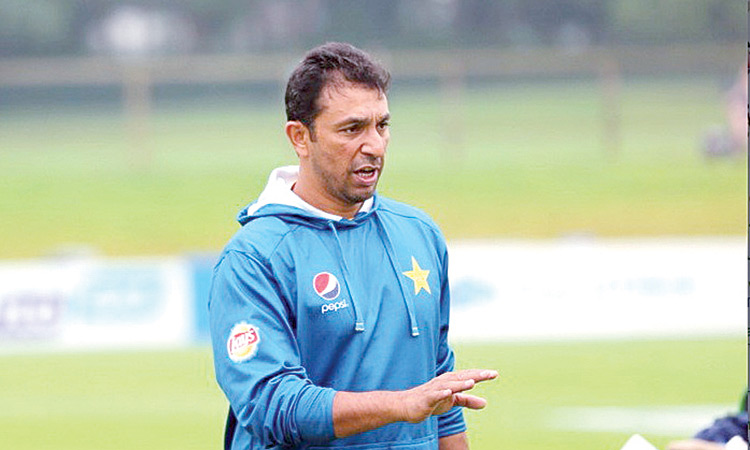 Despite the series loss, Pakistan’s bowling coach Azhar Mahmood is upbeat about finding suitable options ahead of the World Cup.

Sharjah: A hapless Pakistan will look salvage some pride against a rampant Australia after conceding an unassailable 3-0 lead in the five-match series in Dubai on Friday.

Australian are on trot, having already won second successive series after beating India in the recently-concluded one-day series.

Australian captain Aaron Finch has been in a sublime form with two centuries and one fifty in three matches so far.

The Australia skipper has pulled himself out of a rut with outstanding performances over the last few weeks. He has accumulated 359 runs at 179.50 in the series so far, and seems to have regained his mojo before the World Cup.

Finch has been in splendid form, and on Wednesday, fell just 10 runs short of becoming the first Australian to register three consecutive ODI centuries.

He is being well supported by Usman Khawja, who is just two runs shy of crossing Indian captain Virat Kohli this year in notching up most runs.

Usman Khawaja, his opening partner, fell for a duck in the third ODI, but had crossed 85 four times in five innings before that. Peter Handscomb and Glenn Maxwell also contributed in the middle order.

Australian top order has been so clinical that they have not got test their middle-order for much of the series.

Australia have hit form right before the World Cup. They were victorious in just three ODIs since January 2018, but have now won six on the trot. The wheels that had fallen off have now been fixed, and the ride looks smooth again.

Meanwhile, Adam Zampa and Nathan Coulter-Nile have reaped rewards from the dry surfaces in UAE, and are the leading wicket-takers in the series. Pat Cummins, who came in for the third ODI, also hit the ground running with a three-wicket haul.

On the other hand, Pakistan who came in with a depleted team, resting their six frontline players, have been found struggling in all the departments, especially bowling.

However, Azhar Mahmood, the Pakistan bowling coach, played down the concern and said that although the team have lost the one-day international series to Australia, it has provided them a great opportunity to test their bench strength ahead of the World Cup.

The bowling attack, for example, gave the team plenty to be pleased with, with the performance of Usman Shinwari especially encouraging.

“He has bowled really well,” said Mahmood after the game on Wednesday. And so has Junaid. We have got a young find in the form of Mohammad Hasnain.”

In the batting, he identified the hundreds for Haris Sohail and Mohammad Rizwan as highlights.

The likes of Fakhar Zaman, Babar Azam and skipper Sarfaraz Ahmed have been rested for the Australia series, as Pakistan have tried to find their back-up players for the World Cup.

Meanwhile, very few things have gone Pakistan’s way so far in the series. While skipper Shoaib Malik also has repeatedly said that they are using it just to test their bench strength, the lack of contest in all three games is a cause of concern.