Atletico look to resurgent Morata to make impact against Alaves 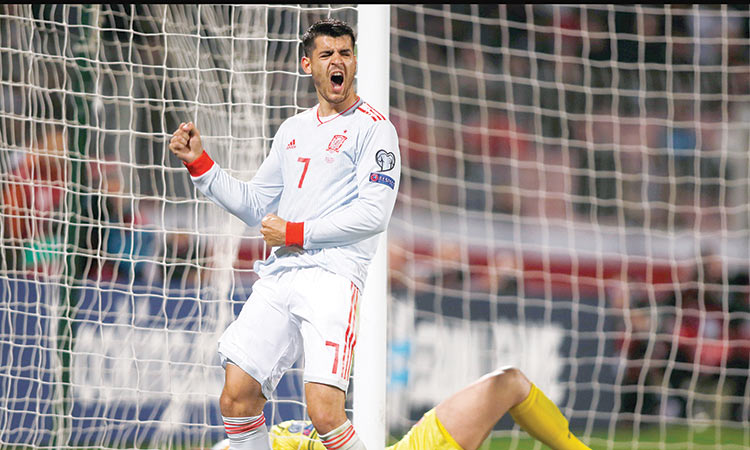 Alvaro Morata has scored both goals in Spain’s euro qualifier win to make it five strikes in his last six games. File / Reuters

MADRID: Atletico Madrid forward Alvaro Morata has shrugged off a poor spell in England by hitting form again and his club need his goalscoring run to continue when they visit Alaves on Saturday with their La Liga title hopes up in the air.

Morata scored both goals in Spain’s 2-0 win over Malta on Tuesday to make it five strikes in his last six games for club and country, his best form since making a flying start when he joined Chelsea in 2017.

That promising start in the Premier League soon fizzled out, leading Morata to return to the club he joined as a child in a bid to recover his confidence.

Even though he is scoring again, he is determined to prove a point after his stints with Real Madrid and Chelsea ended in disappointment.

“Many people seem to hope I don’t score so they can make comments about me,” Morata told reporters after his brace against Malta.

“I feel that everyone is watching me closely and I have felt like everyone is criticising me since I started to play for Real Madrid’s first team. It used to affect me a lot, now less so, the important thing is to stay in the coach’s plans.”