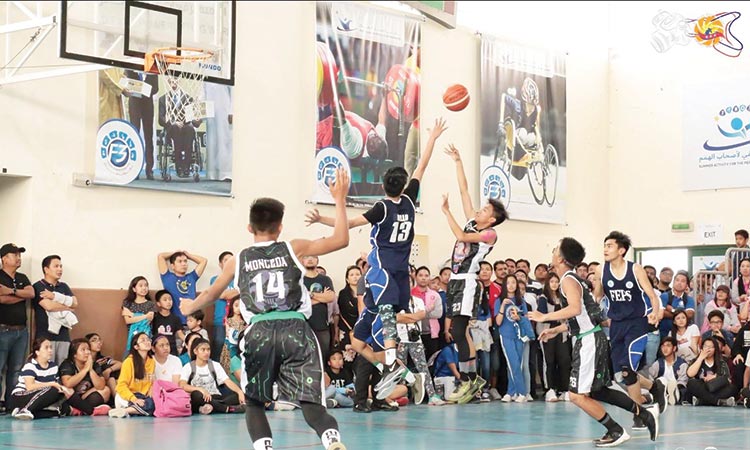 The NFPS and FEPS-Al Shahba teams battle it out for the championship games at the Dubai Club for People of Determination court. Supplied photo

DUBAI: The basketball and the volleyball contingents of the Sharjah-based New Filipino Private School (NFPS) recently went home with the championship trophies including the special awards of Most Valuable Player (MVP) at the “Congen’s (Consul General’s) Cup Season 3 Inter-School Basketball & Volleyball Tournament 2019” of the Philippine Consulate General in Dubai.

Grade 9 student Monceda who seriously considers becoming a professional basketball player some day said: “This is definitely an honour. However, it is not only me who exerted all efforts but my teammates as well. Team work is the name of the game.”

Grade 10 student and team captain-future varsity player Chan said: “It is an honour to be the MVP of the team. But it is just a bonus for me because everyone played their role and we achieved our goal as a team. I was designated team captain. But I would not take this credit alone. I would not be able to do this without the support and trust of my teammates, our coaches, and our Alma Mater.”