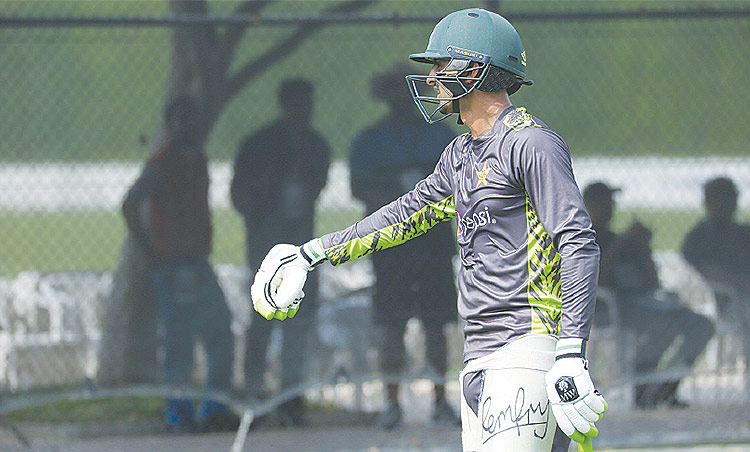 Shoaib Malik will have to lead from the front if Pakistan are to keep the series alive. Supplied photo

SHARJAH: A clinical Australia will look to carry on the winning momentum and claim the series with a third straight victory over Pakistan when the two sides meet in Abu Dhabi on Wednesday.

Australia have already taken a 2-0 lead with facile wins in the first two matches of the series, which has put extra pressure on the hosts.

On both the occasions, Australia chased down the 280-plus target with ease, owing to spectacular centuries by captain Aaron Finch in both the games.

Leading from the front, Finch has been in outstanding form. In the second match, he even went on to better his previous career-best, smashing a 143-ball 153 against an hapless Pakistan attack.

Australia came into the series as favourites against a depleted Pakistan, who rested their six front-line players, including skipper Sarfraz Ahmed.

Before this series, Australia defeated a full-strength India 3-2 in the ODIs in India and they are carrying the same momentum here in the UAE.

With the cushion of a 2-0 lead, Finch may try his bench strength by testing some players to give them a good match practice as the World Cup looms large.

Usman Khawaja is also in tremendous form with 407 runs from his last five innings. With Finch and Khawaja in the kind of form they’ve been in, Australia’s opening stand averages 104.5 in the last six innings.

With such a kind of top-order dominance, the middle order is going untested for extended periods. It is the same issue that has ailed India for so long now. But with Glenn Maxwell, Shaun Marsh and Peter Handscomb all having found form recently, it’s not an immediate concern.

Meanwhile, owing to shoulder injury to fast bowler Jhye Richardson, Australia will get to test their bench strength.

Richardson has dislocated his shoulder and is headed home from the Pakistan tour, which was confirmed by the officials, as he faces a battle to be fit for the World Cup.

Richardson took 2-16 in the second one-dayer against Pakistan in Sharjah on Sunday but fell awkwardly on his bowling arm and left the field in the 11th over.

The governing body added on its website that the 22-year-old would fly back to Perth.

Losing another quick bowler is a big blow for Australia barely two months out from the World Cup with Mitchell Starc and Josh Hazlewood also battling injuries.

Pakistan are looking to stay alive in the series by beating Australia in the must-win game. Pakistan have never beaten Australia in a bilateral ODI series in the UAE, and to reverse that, they will have to win the next three matches of the ongoing series.

Pakistan are inexperienced, but they have had their performers with the bat. Haris Sohail struck a century in the first ODI and Mohammad Rizwan did so in the second.

It’s with the ball that they have lacked incision, taking four Australian wickets in 97 overs this series.

Yasir Shah, especially, who has had so much success as a Test cricketer in these conditions, has been disappointing, taking 1-116 in 20 overs from two games.

Mohammed Amir also failed to trouble Australian batsman and went wicket-less in the first match, which prompted his exclusion for the second ODI.

Rookie fast bowler Mohammad Hasnain was given a debut, replacing Amir, but his inexperience at the international stage was clearly evident.

He also failed to take any wicket despite hitting the deck with the raw pace of 140km/hr. Amir may again come back for the third match while Shadab Khan is likely to be included in place of Shah. Wahab Riaz is another option in the pace department, he is yet to play in the series.

On the bright side, fellow Test regular Mohammad Abbas has had a decent start to his limited-overs career, giving away 82 runs in 17 overs while dismissing Finch once.

Abbas has been the most economical among the main Pakistan bowlers in his debut ODI series.