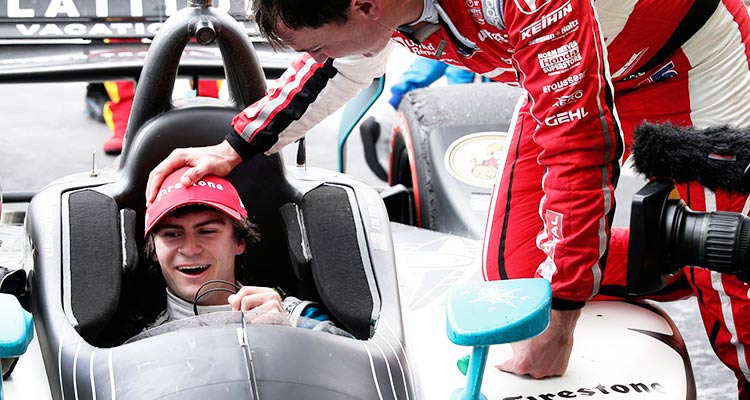 Colton Herta sits in his car on pit road as receives congratulations from Graham Rahal for winning the IndyCar Classic auto race.

WASHINGTON:Colton Herta became the youngest winner in IndyCar history on Sunday, the 18-year-old American taking the checkered flag in his only third series start at the IndyCar Classic.

The son of former IndyCar driver Brian Herta prevailed over 60 laps on a 3.41-mile, 20-turn road course in the series debut at Circuit of the Americas in Austin, Texas.

"It was spectacular," Herta said. "Holy crap I'm worn out. I need a nap now."

Rahal, another second-generation IndyCar racer, was 19 years and three months when he won in 2008 at St. Petersburg, Florida.

Herta, who turns 19 next Saturday, made his last pit stop just inside the final refuel window and took the lead when a crash forced leaders Will Power and Alexander Rossi to delay their last stops.

"Perfect strategy," Rahal said. "We were not expecting that. We had really good pace. Early on we were so quick."

Herta's dad, a four-time IndyCar race winner who owns a rival team, was overjoyed at his son's success in the second event of the season.

"Really super proud of him. Feels like Christmas to me, He keeps amazing me. I'm just a proud dad."

"He did a phenomenal job," Steinbrenner IV said. "He did everything right. I really can't believe it. I'm shaking. It's a dream come true."

Herta led season-opener winner Josef Newgarden on a restart with 10 laps remaining. He stretched the edge to 2.5 seconds after his first high-speed lead lap before pulling away to stay, leaving Newgarden and Ryan Hunter-Reay to complete an all-American podium. 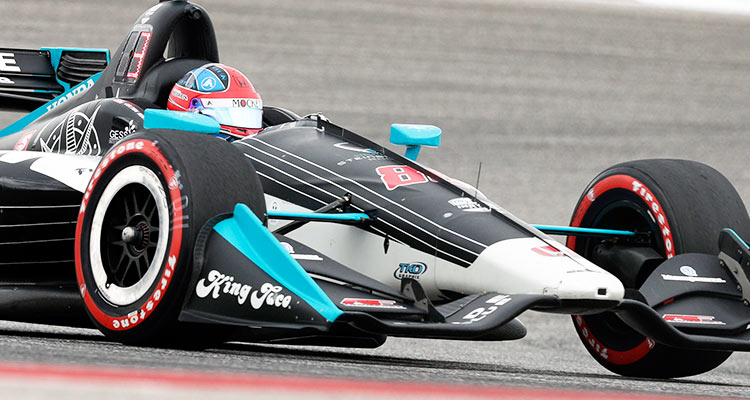 Colton Herta (88) works through a turn during the IndyCar Classic auto race.

Herta passed Rossi after the first pit stops on lap 13, but Rossi replied on lap 22 with a daring inside move on a long backstretch to reclaim second.

After Herta made his last pit stop, disaster struck Power and Rossi when a crash closed the pits and brought out caution flags.

Canadian James Hinchcliffe bumped Swedish rookie Felix Rosenqvist into the inside wall on lap 44 and the newcomer's car blocked the pit lane as the leaders were set to refuel.

Power eventually reached the pits but his car's drive shaft failed there.

"Massively disappointed, If the yellow didn't kill us, the drift shaft did.

The season's next race, the third of 17 events, will come in two weeks at the IndyCar Alabama Grand Prix.