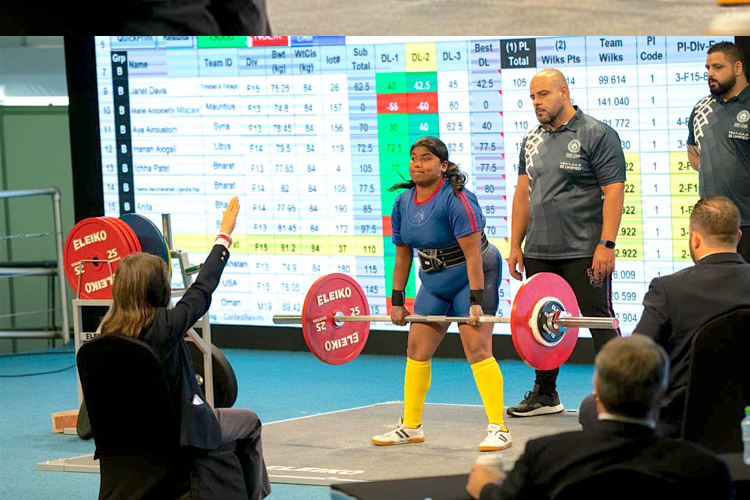 A spectacular closing ceremony on Thursday marked the end of the Special Olympics World Games Abu Dhabi, but the record-breaking sporting and humanitarian event, which served as a perfect platform for the athletes of determination to show their class, also gave them reasons to believe the event was but the beginning of a new journey.

Over 7,500 athletes and 3,000 coaches, representing 200 nations, took part in the 7-day sporting spectacle, billed as one of the largest, most inclusive, most unified, most diverse and most successful World Games in the history of Special Olympics.

Each of these wonderful achievements and so much more were celebrated in a huge outpouring of happiness and displays of joy and emotion from both athletes and coaches, as also spectators inside the different venues. The next edition of Special Olympics — US Games will be held from June 5-10, 2022, and athletes, who showed strength and determination to bag medals, are brimming with confidence to prepare for another shot at glory.

One such athlete is India’s Shalu. Her story to stardom is an inspiration for even physically fit athletes. Abandoned by her parents at the age of four, the 22-year-old special Olympian defied all odds and ended with four silvers in in the powerlifting competitions.

Shalu, who only has one name, showed remarkable courage and strength to finish runner-up in the squat, bench press and deadlift events as well as the combined competition at Abu Dhabi National Exhibition Centre (ADNEC).

Shalu, who has a speech impairment and learning disorder, was homeless on the streets of Amritsar, India, after being abandoned by her parents.

But her life changed on Feb.19, 2000, when she was found outside All-India Pingalwara Charitable Society gates by head of the NGO Padmini Shrivastava, who gave her a new beginning.

Shalu took an interest in sports, particularly athletics and football. But she was persuaded to try powerlifting at the orphanage and hasn’t looked back since.

Having seen her excel at the Special Olympics competitions, India’s powerlifting coach Sukhwinder Singh has nothing but praise for Shalu’s determination.

“Like the rest of the athletes on the team, Shalu is leading by example,” he said.

“We have been really impressed with her courage and determination. We have not only seen an improvement in powerlifting but the sport has given her new skills, which she is putting to use every day. She certainly has a bright future ahead of her.”

Another inspiring success story of extreme poverty failing against determination is that of Jitendra Patwal.

Patwal faced struggles in his preparation for World Games Abu Dhabi that would make most athletes give up on their dreams.

He comes from a background where finding money for daily necessities often outweighs the need for sporting essentials such as running shoes.

However, despite his family’s struggles, the 19-year-old has been able to achieve his goal of representing India. Jitendra won gold in the 200 meter race in his division at Dubai Police Stadium.

Jitendra said he had been training hard for a month ahead of the event and is feeling on top of the world after winning the gold medal, which he dedicated to his parents.

Give it your best and do not underestimate your own abilities!”

This was the message New Zealand Team swimmer Unity Collins had for every one of the athletes.

The 24-year-old, who is visually impaired, competed in the 4x25 meter freestyle relay, 50m freestyle and 25m backstroke at the Hamdan Sports Complex in Dubai.

After winning a silver medal in the 50m freestyle, Collins said: “I’m extremely thankful to my parents and relatives who really supported and encouraged me throughout my swimming training.

She has been swimming since she was 12 when her parents first introduced her to the pool. Her mum and dad quickly realized their daughter’s passion for swimming and appointed a coach to train Unity to achieve her dream of representing New Zealand on the world stage.

“Nothing is impossible,” said the athlete, who added she overjoyed to have won the silver medal.

Age is just a number for 77-year-old Roland Foerster as he competed in the Level 2 Unified sailing competition as a Unified Partner.

A civil engineer by trade, his passion for sailing started way back in 1965 and the American has made huge waves on the waters.

“It was during my college years when I saw a sailing boat on the lake near my home and I said to myself that I have to try sailing,” said Roland, who resides in Texas.

It was in 2004 that he was introduced to the Special Olympics program in USA and 12 months later, he was representing his country as a Unified Sports Partner.

His latest competition has seen him share his knowledge by guiding Special Olympics athlete Tyler Dodson, who is skippering their boat at Abu Dhabi Yacht and Sailing Club.