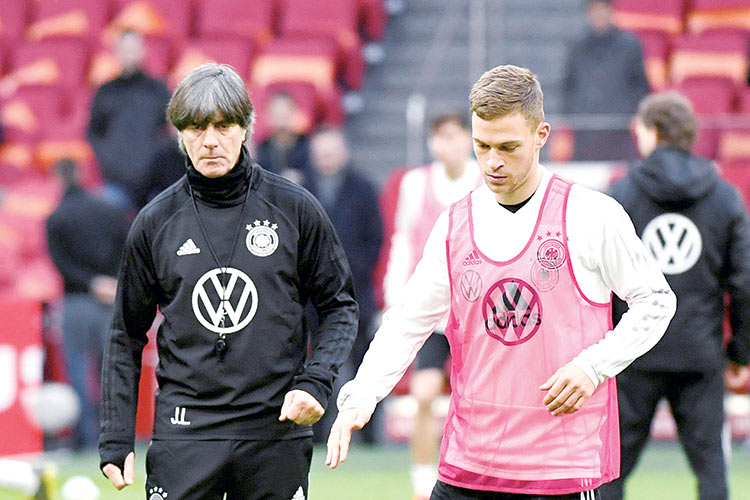 Berlin: Marco Reus has called on Germany to win back the trust of their fans when they launch their Euro 2020 qualifying campaign against old rivals the Netherlands on Sunday.

Germany were booed by fans in Wolfsburg during their 1-1 friendly draw against Serbia last Wednesday, and Reus has said that it is up to the players to change the mood.

“We need patience from the fans, but it is our job to make sure the atmosphere improves,” he said on Friday.

Germany have not won a competitive game since they beat Sweden at the World Cup last summer. They crashed out of the World Cup shortly after that game, and were relegated from the top tier of the UEFA Nations League in the autumn.

Coach Joachim Loew declared the beginning of a “new era” last week, having brought in several young players and made the controversial call to drop three experienced stars in Thomas Mueller, Mats Hummels and Jerome Boateng.

Yet Reus warned that the new-look Germany would take time to reach their full potential.

“We are all ambitious enough to want to win every game, but it won’t just start working from one day to the next,” he said.

The change of personnel means that Reus, 29, is among the most senior players in the team.

“I am at an age where I have to take on leadership roles, both here and at my club,” said the Borussia Dortmund star.

“Everything will take time, we have a lot of young players who need to find their feet.”

Reus is expected to return to the starting lineup, along with Real Madrid midfielder Toni Kroos on Sunday in Amsterdam.

He warned that the Netherlands were a step ahead of Germany at the moment.

“They have a lot of quality. They have lots of good youngsters, but also a few older players. They have a good mix at the moment, and that is what we are aiming for as well.”

The Dutch cruised to a 4-0 win over Belarus in their opening qualifier on Thursday.

Oranje captain Virgil van Dijk was on the scoresheet with a header, and Germany’s Niklas Suele has identified the Liverpool defender as a threat.

“We can’t allow him space to run onto headers,” said Suele, who watched van Dijk do just that when Liverpool knocked Bayern out of the Champions League earlier this month.

Van Dijk has made a habit of scoring against German sides. He hit a late equaliser for the Netherlands against Germany when the two sides met in Gelsenkirchen last November.

He also scored in a 3-0 win over Germany a month earlier.

Those results have rekindled the old rivalry between the Dutch and the Germans. On Sunday, Germany will be hoping to get the fans back onside with a win over their neighbours.

Meanwhile, Germany stars Leon Goretzka and Serge Gnabry have spoken out in condemnation of the racist abuse directed at team mates Leroy Sane and Ilkay Gundogan during Wednesday’s draw with Serbia.

“It is ridiculous to cheer on one player and insult another just because of their skin colour. Racism has no place in the stadium or anywhere else in society,” Gnabry, 23, told German tabloid Bild.

On Friday, police confirmed that three men aged between 30 and 40 had turned themselves in after another fan, basketball journalist Andre Voigt, posted a video on Facebook.