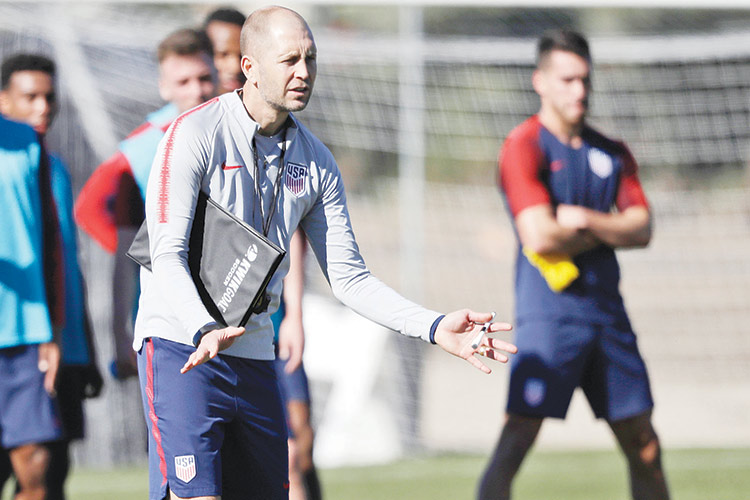 Chicago: US national team head coach Gregg Berhalter will see how top European-based players and Major League Soccer talent from his January camp mix when the Americans host friendlies against Ecuador and Chile.

Berhalter, tasked with guiding the US squad back to the World Cup in 2022 after a flop in 2018 qualifying, will pit his charges against Ecuador on Thursday at Orlando and Chile on Tuesday at Houston.

“We have been watching a lot of film on both those teams. They are very good, athletic and skillful,” Berhalter said.

“Chile has a very good high press which is going to be great for our group. Ecuador is very athletic and has a top group of players that are excellent. In the back, they’re very strong in the tackle and also have some man orientation to them that will make it interesting against us.

“Overall, we think they’re great challenges.” Berhalter made a triumphant debut as US coach with a 3-0 victory over Panama and a 2-0 triumph over Costa Rica with a largely MLS-based squad even though he has stayed in touch with players in Europe. “We’ve laid a lot of ground work in preparation for this camp,” Berhalter said.

“It’s a very important time period to keep working and be productive,” he added.

Midfielders Christian Pulisic of Borussia Dortmund, Wes McKennie of Schalke and Tyler Adams of Leipzig as well as defenders DeAndre Yedlin of Newcastle and Tim Ream of Fulham will feature for the Americans for the matches.

“For those of us coming back from Europe, we have to grasp as much as possible on the fly, but the coaching staff has done a great job being in contact coming into camp, showing video and graphics of how you move and what positions they want you to take up,” Adams said.

Ecuador leads the all-time rivalry with the United States 5-4 with 5 drawn but the Americans won the most recent meeting 2-1 in the 2016 Copa America Centenario quarter-finals.