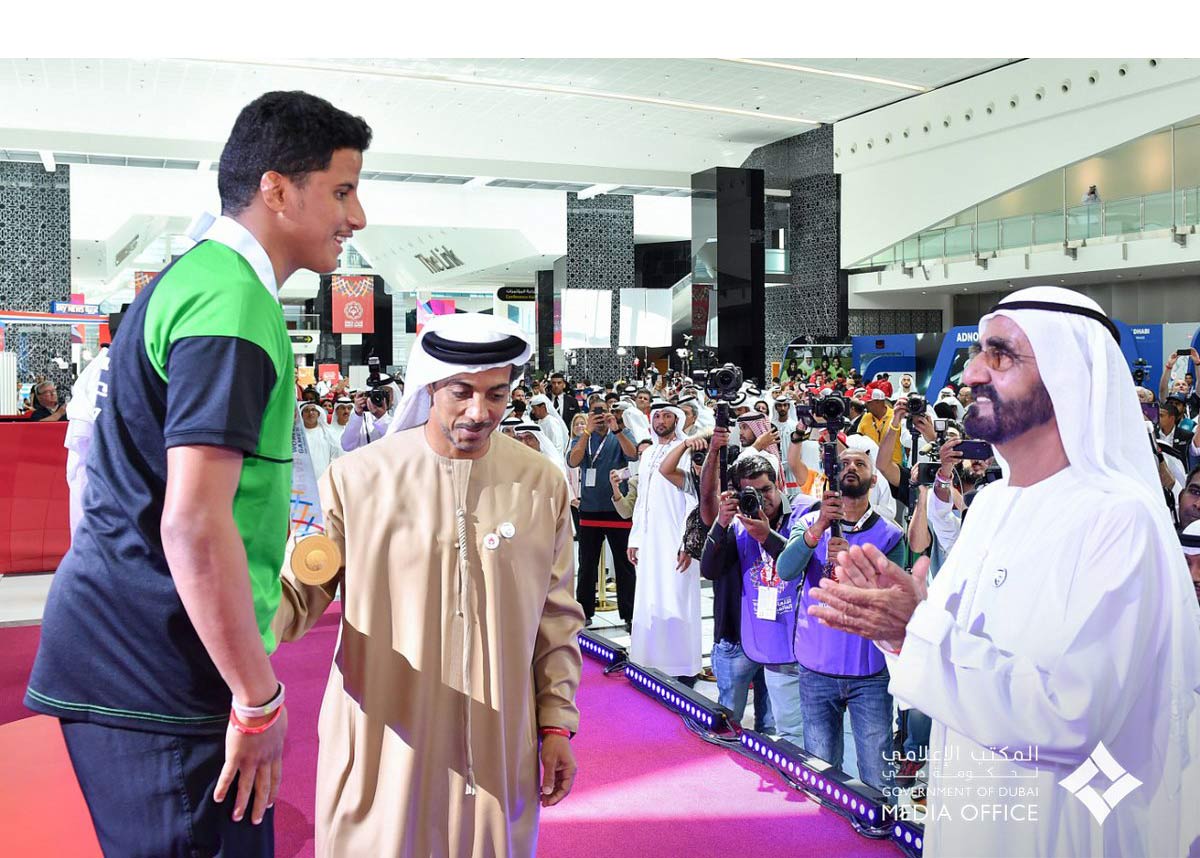 Dubai: Vice President and Prime Minister of the UAE and Ruler of Dubai His Highness Sheikh Mohammed Bin Rashid Al Maktoum said that hosting the Special Olympics World Games Abu Dhabi 2019 has given the country an opportunity to show the world how it is a model for coexistence, tolerance and openness to other cultures.

Sheikh Mohammed praised the efforts of the organising committee, members of the Higher Committee, and all the volunteers who contributed to making the Games a success.

He also expressed appreciation for UAE nationals who have worked tirelessly to organise the Games, starting with holding the Hosting Town Programme from March 7-11, which offered an opportunity to raise awareness about the UAE’s vision to create inclusive communities.

Sheikh Mohammed highlighted the patronage extended to the games by Sheikh Mohamed and his keenness to extend exceptional hospitality to the guests attending the Games. Sheikh Mohammed’s remarks came as he visited the Special Olympics World Games Abu Dhabi 2019 taking place at the Abu Dhabi National Exhibition Centre.

He commended the performance of UAE athletes who won a number of medals, enabling the UAE to top the Arab countries participating in the competition.

Addressing the participants Sheikh Mohammed said: “You have displayed strong willpower and have set an example for determination. We are proud of your achievements. Your determination to achieve excellence has created an example for all those who seek it. We wish you the very best.”

Sheikh Mohammed also visited the operation room, where he was briefed about its various sections and functions. During the tour, His Highness honoured a Saudi athlete who won a gold medal in the athletics competitions.

Timothy Shriver, Chairman of the Special Olympics briefed Sheikh Mohammed about the various competitions taken place during the games.

They are also reviewed the “Healthy Athletes Programme,” which aims to improve the capacities of every athlete and train them to compete in the Special Olympics.

Sheikh Mohamed and Dr Ahmed, accompanied by Mohamed Abdullah Al Junaibi, Director of Presidential Protocols at the Ministry of Presidential Affairs and Chairman of the Abu Dhabi 2019 Supreme Organising Committee, listened to an explanation about the organisation the event’s competitions and conversed with people of determination who are participating in various sports while highlighting of importance of showcasing their skills and capabilities.

He added that opportunities must be provided to people of determination, to enable them to add to the overall advancements of their nations while explaining that the UAE, through hosting the Special Olympics, is sending its civilised and humanitarian message, highlighting the issues faced by people of determination, and empowering them in all countries.