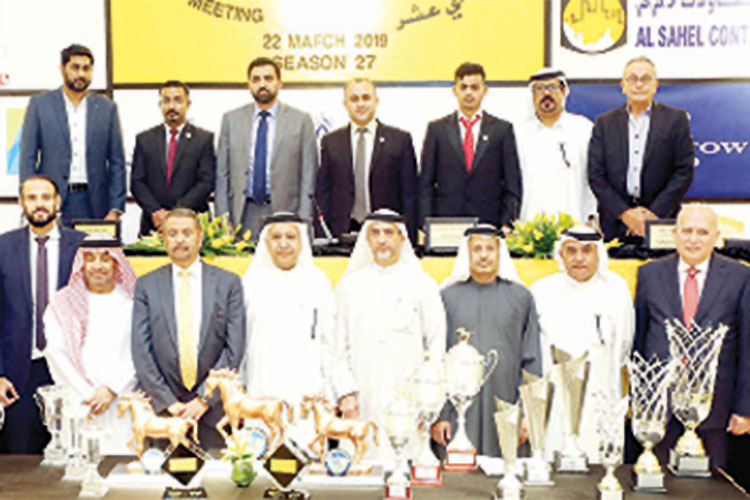 DUBAI: The much-anticipated Jebel Ali Classic (Silver Jubilee) Stakes over 1,400m race will be the highlight of the seven-race card as Jebel Ali racecourse prepares to stage its final meeting of the 2018-2019 racing season on Friday.

The race has attracted a quality field including Shamaal Nibras, Taamol, Takatul, Yaalail, Zainhom, Rocket Power, Pinter, Mystique Moon and Bold Rex. Taamol, Takatul, Zainhom and Yaalail are owned by Sheikh Hamdan while Pinter will be in the colours of Sheikh Ahmed Bin Mohammed Al Maktoum at the thoroughbred race which carries a prize purse of Dhs300,000.

Mirza Al Sayegh, director of Sheikh Hamdan Bin Rashid Al Maktoum, Deputy Ruler of Dubai and Minister of Finance, office, said:“Sheikh Hamdan is pleased that Jebel Ali racecourse has once more made a significant impact on UAE racing during the season.”

“Jebel Ali has its unique appeal and the action on the track has been of the highest possible level. We have seen many memorable races run at this wonderful racecourse and I’m sure we will see even more such exciting races in the future,” he added.

“ERC is thankful to Jebel Ali for another landmark season. The quality of racing throughout the calendar has elevated the status of Jebel Ali racing.”