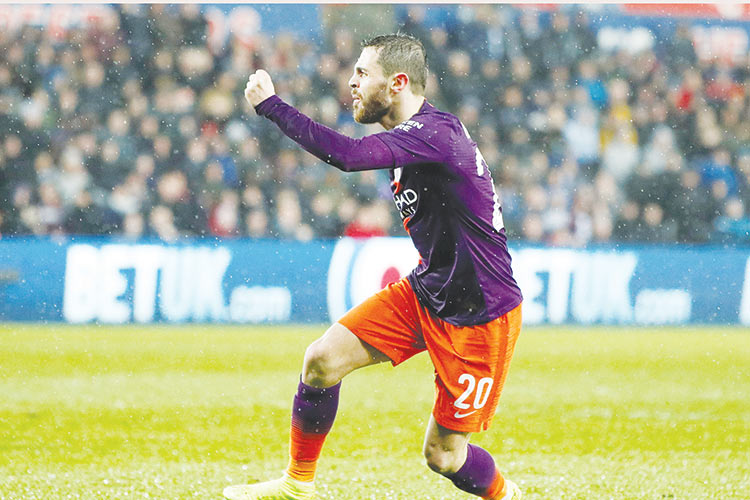 Swansea: Bernardo Silva has said he wants to “make history” at Manchester City after helping the Premier League leaders move a step closer to an unprecedented quadruple.

Silva played a key role in keeping City’s four-pronged pursuit of honours on track by sparking a thrilling fightback as Pep Guardiola’s side overcome a two-goal deficit to beat Swansea City 3-2 in their FA Cup quarter-final on Saturday.

Not only did Silva score City’s first goal at Swansea’s Liberty Stadium but he also set up Sergio Aguero’s late winner in south Wales to keep alive hopes of adding the FA Cup, Premier League and Champions League titles this season to the League Cup that is already in their trophy cabinet.

“All the players feel that this season can be special,” said Silva.

“Last season was special in the way we won the Premier League; this season can be special because we’ve already won one competition, we’re still playing for three,” the 24-year-old added.

“It will be crucial, to make something special and to try to write an important page in the history of this club, and that’s what we’ll try to do.” In the meantime, the Portuguese midfielder was buoyed by the manner of City’s victory over Swansea.

“It’s very important to win these kinds of games as well, not only the games you win four or five-nil, but these games where you have to show character,” explained Silva.

“We could have been out after arriving at half-time losing 2-0, so we have to keep our focus, knowing our opponents are very strong.”