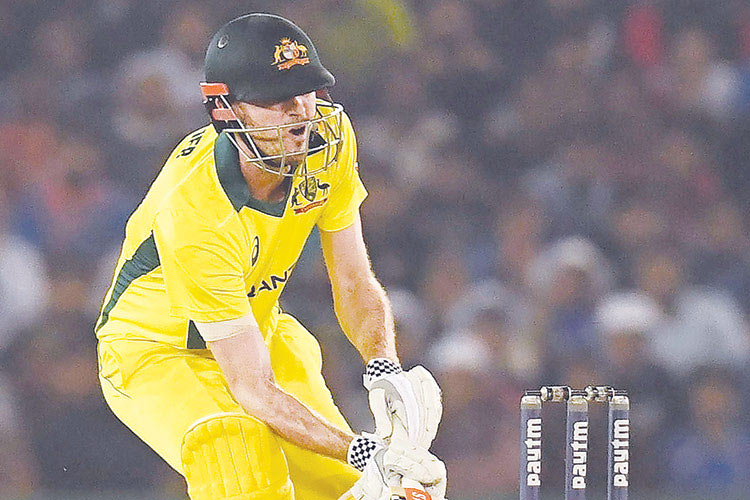 Australian player in action during a match.

Sharjah: The two one dayers at Sharjah stadium between Pakistan and Australia on March 22 and 24 hold an extra allure.

This will be final showdown between these two top teams before the World Cup gets off in the UK.

Fresh off their one-day win against India, Australian players will be in action at the iconic stadium include Aaron Finch, Usman Khawaja, Shaun Marsh, Peter Handscomb, Adam Zampa and Nathan Coulter-Nile to name a few.

The weekend match is already selling out days in advance and there is a healthy demand for the Sunday game.

These matches have added significance since they stretch Sharjah’s lead as the premier venue in the world by hosting matches 237 and 238 and further justifying its grasp on the Guinness world record title for number of matches.

Referring to the mounting excitement, the vice chairman of the Sharjah Cricket Club Waleed Bukhatir underscored the UAE dedication to the Year of Tolerance and called on the world to use sport as an adhesive.

“I am delighted that we are hosting two of the five matches. We are planning to commemorate the Year of Tolerance as a gesture of global goodwill and the unity of cricketing fraternity. This is a great opportunity to provide a strong and sturdy reminder that sport must persevere and rise above divisiveness.”

Abu Dhabi will host the third on March 27 while the fourth and fifth ODIs will be played at Dubai on March 29 and 31, respectively.