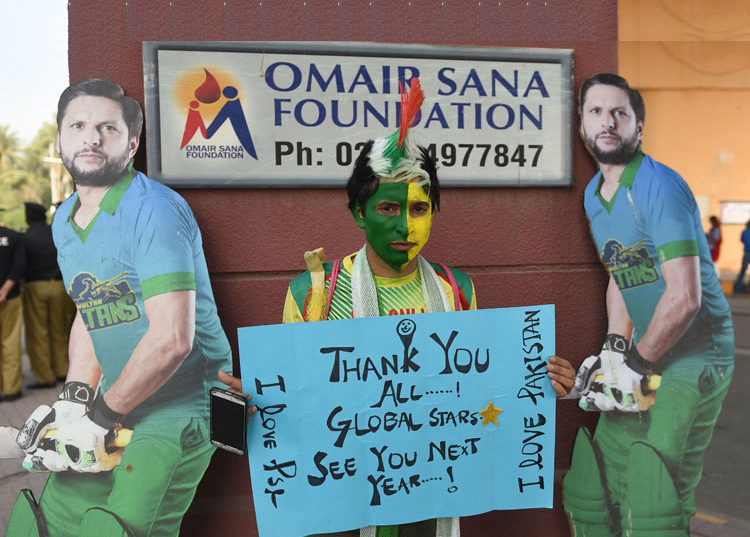 A Pakistani cricket fans poses for photographs before the start of the final Twenty20 Pakistan Super League (PSL) at the National Cricket Stadium in Karachi on Saunday. Rizwan Tabassum / AFP

KARACHI (Pakistan): The Pakistan Cricket Board has hosted this year's eight PSL games in Karachi in a bid to convince foreign team to resume playing international cricket in Pakistan.

Twenty six PSL games were organized in the United Arab Emirates this year, but PCB chairman Ehsan Mani said that from next year the entire PSL schedule will be staged in Pakistan.

Quetta Gladiators, led by Pakistan captain Sarfaraz Ahmed, won the toss and elected to field first. Quetta which has twice lost in the final also has former Australian international Shane Watson, Rilee Rossouw of South Africa and Dwayne Bravo of the West Indies. 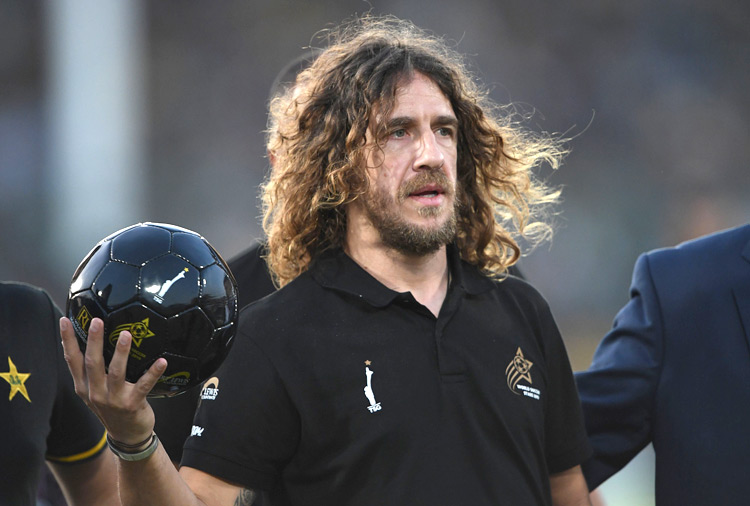 Legendary Spanish footballer Carles Puyol was among thousands of cricket fans at the National Stadium to witness the Pakistan Super League twenty20 final on Sunday.

Puyol, a former Barcelona defender, is in the southern port city of Karachi to promote next month's exhibition matches in Pakistan.

Brazilian Kaka will be among a host of other international footballers who will be taking part in Lahore and Karachi.

"It's an amazing welcome, the people are very friendly. I'm very happy to be here," Puyol told a capacity crowd of 32,000 present when he was invited onto the stage during a colorful closing ceremony.

A minute's silence was observed before the closing ceremony began in memory of the 50 people killed after a gunman attacked two mosques in the deadliest mass shooting in New Zealand's history.