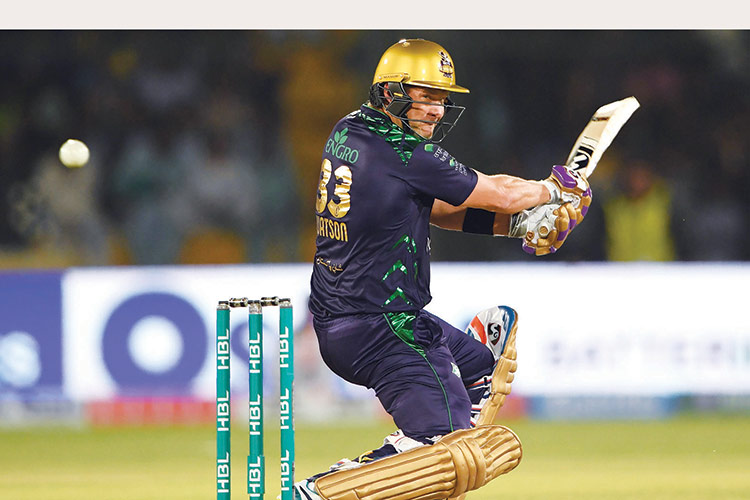 Karachi: Quetta Gladiators hope their in-form opener Shane Watson will make them third time lucky as they look to avoid another knock-out punch from a spirited Peshawar Zalmi when the two teams clash in the final of the Pakistan Super League at the National Stadium on Sunday.

Quetta have beaten Peshawar in both the league games this season, before having the better of their arch-rivals in the Wednesday’s Qualifier at the back of powerful performance, but they are wary of a knock-out punch from the Darren Sammy-led Peshawar.

Despite beating Peshawar in the Qualifiers in 2016 and 2017 in thrilling last-over finishes by one-run, Quetta lost in the 2017 final by 58 runs in Lahore and in the Eliminator 1 last year.

Quetta captain Sarfaraz Ahmed hoped it will be a case of third time lucky.

“We are playing the final for the third time, so we will do our all-out effort to play in the same manner which we have done in the whole tournament,” Sarfaraz told a news conference on the eve of PSL 2019 final.

“If you look at the previous years, there were some factors which hurt us as some players didn’t come,” said Sarfaraz of the Lahore final when Kevin Pietersen and Rilee Rossouw were not available.

Last year, Watson decided to stay away for the Eliminators in Lahore, leaving Quetta depleted. But this time Watson, who has amassed 423 runs in the tournament this year, made a late decision to visit Karachi.

It is befitting for the PSL final that the two most in-form teams are in the final, finishing with seven wins and three losses each in the first phase.

“Shane Watson has really been the pain for us,” said Sammy.

“He is pretty experienced and he is enjoying his form.”

But Sammy hoped his team will give another knock-out punch.

Sarfaraz said he was looking for a good platform from his top-order.