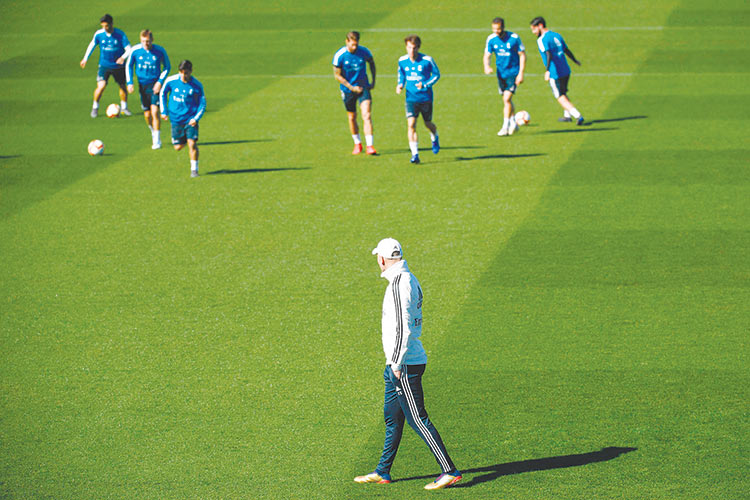 Madrid: Zinedine Zidane has promised change at Real Madrid this summer and the last 11 games of the season will give an indication as to who will be part of his new era.

Zidane’s first match since being reappointed as coach comes against Celta Vigo on Saturday, with Madrid lying in no-man’s land in La Liga, 12 points behind Barcelona in first and 10 ahead of Alaves in fifth.

Atletico are away to Athletic Bilbao while Barcelona travel to Real Betis on Sunday.

But several Real players are playing for their futures before the campaign ends and Zidane’s selection will offer early clues as to his thinking about his squad.

Gareth Bale was the player many hoped would step up after the departure of Cristiano Ronaldo to Juventus but injuries have again disrupted his rhythm and, when fit, he has only delivered in flashes.

Zidane lost patience with Bale last year, believing the Welshman to be a liability defensively and unreliable with his fitness. The pair were barely speaking at times and while Zidane’s departure opened the door for Bale to stay, his return may now prompt his exit.

Keylor Navas was a favourite of Zidane, who repeatedly persuaded the club against signing a new goalkeeper, such was his faith in the Costa Rican.