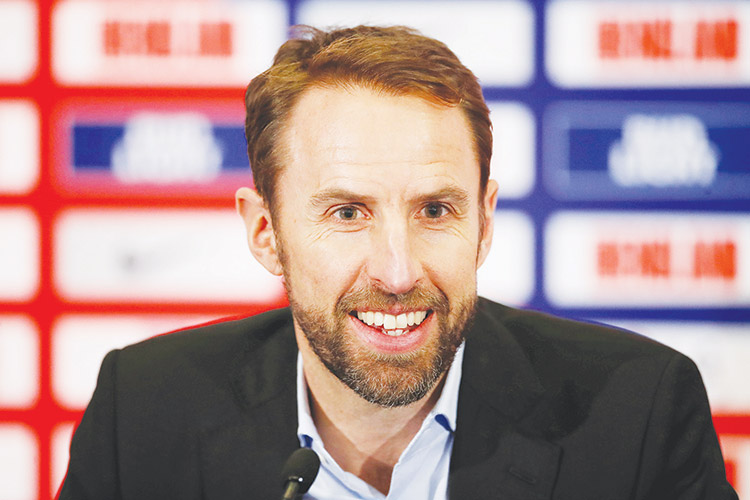 London: Gareth Southgate has no plans to leave the England job before Euro 2020 but admits his future is uncertain after that.

Southgate led England to their first World Cup semi-final appearance since 1990 during a memorable run in Russia last year.

That was a huge boost to his reputation and England’s progress to the inaugural Nations League Finals later this year is another feather in his cap.

The 48-year-old was linked with Manchester United before Ole Gunnar Solskjaer’s remarkable impact as interim boss effectively took him out of contention for the Old Trafford post.

But Southgate, whose contract runs until 2022, said he would not have walked out on the chance to manage England in a major tournament on home soil, with several matches in Euro 2020 being staged at Wembley.

“Well, first and foremost, I love the job I’m in,” Southgate said when asked about the link to United.

“I’m proud to be England manager.

We’ve got a second semi-final coming this summer and a Euros at home -- well, I say at home, the group stage is at home -- so there is no way I’d be walking away from this.” Southgate was less definitive when the question of his long-term future came up, hinting he would like another crack at a big club job after his disappointing spell as Middlesbrough boss.

“After those Euros, people might want me or might not want me, here or somewhere else,” he said.

“You can’t look too far ahead in football. You’re quite right, I’m contracted to 2022 -- or whenever that World Cup will finish. I don’t look any further than that.

“I’m sure at some point in my life, I’ll want to go back to club football because people will say, ‘oh well he did OK as an international manager, but he didn’t work as a club manager’.