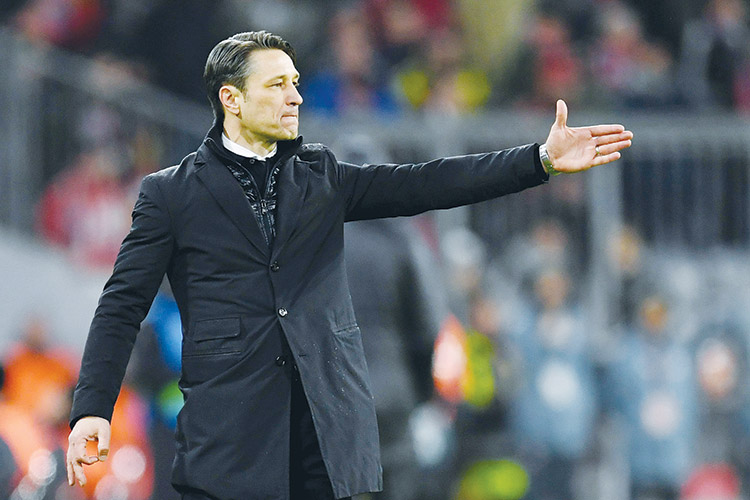 Munich: Niko Kovac says his Bayern Munich side now have to concentrate on winning a German League and cup double after their UEFA Champions League exit at the hands of Liverpool.

Jurgen Klopp’s Reds went through with a 3-1 win in the last-16 tie at Munich’s Allianz Arena on Wednesday after the first leg at Anfield had finished goalless. Sadio Mane scored a superb opening goal for Liverpool only for Liverpool centre-back Joel Matip to turn the ball into his own net as the teams reached half-time locked at 1-1.

Virgil van Dijk headed Liverpool into a deserved lead in the 69th minute before Mane ended any hopes of a Bayern fightback with a late far-post header from Mo Salah’s cross.

“I want to congratulate Liverpool,” said a glum-faced Kovac. “They were the better team over the two legs, we deserved to lose.

“They attacked us high up, were compact and made it hard for us. We also didn’t have our best day,” added the Bayern Munich manager.

“We still have two titles to focus on. Our goal now is to win them both, we have to tick off the Champions League now and go again next year.” This is the first time since 2011 that Bayern have failed to make the quarter-finals in Europe’s top club competition.

Borussia Dortmund lost 4-0 over two legs to Tottenham Hotspur while Schalke were humiliated 10-2 on aggregate by Manchester City.

“We have the right to be bitterly disappointed, it’s tough not being part of the Champions League any more, we have to be positive,” Kovac said.