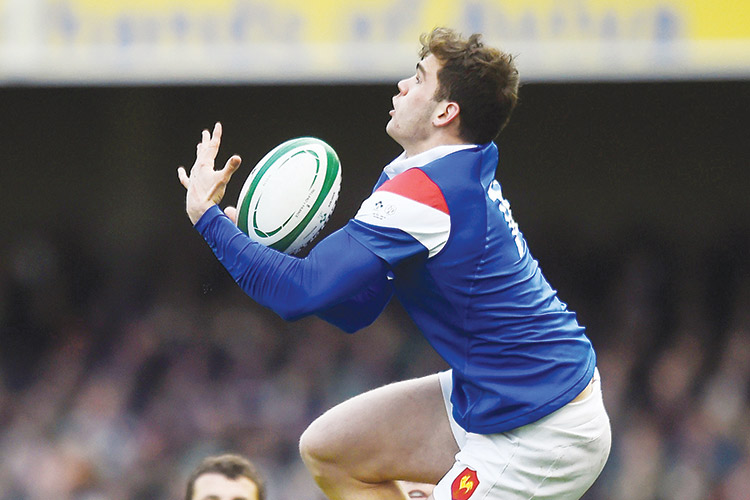 Players of France and Ireland in action during their Six Nations Championship match on Sunday. Reuters

Ireland finally found some Six Nations form on Sunday by handing France a hammering that was flattered by the 26-14 scoreline to keep alive their remote chance of back-to-back titles ahead of next weekend’s finale of games.

After misfiring in an opening loss to England and getting stuttering wins over Italy and Scotland, the defending champions completely overwhelmed the French with tries from Rory Best, Johnny Sexton and Jack Conan opening up a 19-0 halftime lead.

The bonus point was secured just before the hour when Keith Earls’s 30th international try made him Ireland’s joint second highest try scorer and it would have also made for a record defeat at the hands of the Irish were it not for late tries from Yoann Huget and Camille Chat.

Ireland can upset Wales’s Grand Slam hopes and overtake the Six Nations leaders with a win in Cardiff next Saturday, but will need Scotland to beat England at Twickenham for the first time in 36 years to retain the championship.

The rampaging centre, whose career has been blighted by injuries, crossed twice as England ran in eight tries in total against perennial strugglers Italy, for whom this was a 21st successive defeat in the Six Nations.

England will, however, need Grand Slam-chasing Wales to slip-up against Ireland a week on Saturday before they themselves kick-off against Scotland if they are to still have a chance of claiming the Championship.

The match was over as a contest before half-time, with Tuilagi -- whose career has been blighted by a succession of injuries -- scored one of England’s four tries as they secured a bonus point in the 32nd minute.

Recalled wing Joe Cokanasiga was, however, chosen as the man-of-the-match as England bounced back from their defeat by Wales last time out in style.

“We are trying to bring more to the game than size or power - a bit of flair as well,” Cokanasiga told ITV Sport.

“I just wanted to take this opportunity with both hands,” added Cokanasiga who, ironically, spent much of the match carrying the ball in just the one hand.”

Italy, to their credit, were briefly level at 7-7 thanks to fly-half Tommaso Allan converting his own try.

But there was a reason the Azzurri, who’ve now lost all 25 of their Tests against England, were 60/1 outsiders and from then on it was largely one-way traffic.

“It was difficult,” Italy coach Conor O’Shea told the BBC.

“That was an incredibly powerful England performance,” the former Ireland full-back added.

England, dominating territory from the start, opened the scoring in the eighth minute when hooker Jamie George was driven over from a close-range line-out.

Italy then stunned a capacity Twickenham crowd of over 82,000 with a well-worked score that saw Allan, breaking through a tackle by England scrum-half Ben Youngs on the blind side for a try he converted.

Minutes later, however, England were 14-7 ahead after full-back Elliot Daly sent Jonny May in for the wing’s fifth try in four Tests.

Tuilagi, renowned as a powerful ball-carrier, then burst through Italy wing Angelo Esposito’s tackle and handed off centre Michele Campagnaro before running in from 34 metres for his first England try since one against Italy in 2014.