Al Wahda and Al Wasl gear up for ACL challenge 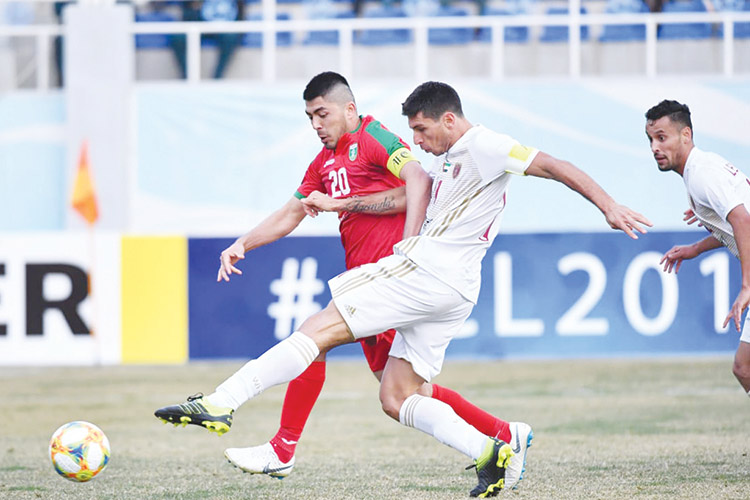 Al Wahda will look to bounce back from the opening day defeat when they take on Saudi Arabia’s Al Ittihad at Al Nahyan Stadium on Monday.

Al Wahda will look to avoid a second successive defeat in Group B of the 2019 AFC Champions League when they welcome Saudi Arabia’s Al Ittihad to Al Nahyan Stadium on Monday.

The Emirati side endured a disappointing start to their campaign when they lost 2-0 to Lokomotiv in Uzbekistan and they will hope home comforts bring about an improved performance.

Al Wahda, who will have Salem Sultan available after suspension, have faced Al Ittihad four times in the competition(in 2010 and 2011), losing three and drawing one, and have yet to register a goal.

Two-time AFC Champions League winners Al Ittihad could not have enjoyed a better return to a tournament they last appeared in three years ago as Fahad Al Muwallad scored twice in a 5-1 victory over Al Rayyan.

The Saudi side followed up their opening-day win with a crucial 2-0 victory over Al Feiha on Friday to keep themselves just above the relegation zone in the Saudi Pro League.

Meanwhile, history will be made at Karbala International Stadium on Monday as Al Zawraa stage the first ever AFC Champions League match to be held in Iraq when they host the UAE’s Al Wasl in Group A.

The Iraqi side gained a credible scoreless draw away at the Islamic Republic of Iran’s Zobahan on Matchday One in what was their first appearance in the competition since 2007.

Al Zawraa have twice faced Emirati opposition in the AFC Champions League, when they lost one and drew one against Al Wahda in the 2007 group stage.

After a miserable 2018 campaign in which they lost all six of their group stage games, Al Wasl enjoyed a perfect start to the tournament last week when Fabio Lima’s penalty was enough to see off Saudi Arabia’s Al Nassr 1-0.

The win was only their third ever in the competition, with their last one coming against another Iraqi side, Air Force Club, back in the 2008 edition.

Elsewhere, Al Rayyan will target a positive response to their opening-day defeat to Al Ittihad when the Qatari side welcome Uzbekistan’s Lokomotiv to Jassim bin Hamad Stadium in Group B of the 2019 AFC Champions League on Monday.

Gonzalo Viera gave Al Rayyan an early lead against the Saudi side, but they went on to suffer a demoralising 5-1 loss, and they have now been beaten in their past three games on the continent, stretching back to April last year.

Al Rayyan, who have never faced Lokomotiv in the AFC Champions League, last faced Uzbek opposition in the 2012 edition when they defeated Nasaf home and away before exiting at the group stage.

Lokomotiv, meanwhile, got off to the perfect start last week when goals from Temurkhuja Abdukholikov and Islom Tukhtakhujaev secured a 2-0 victory over the UAE’s Al Wahda in Tashkent.

The Uzbek champions, whose domestic league has yet to begin, have exited at the group stage in the past two years but a second successive win would put them in a strong position after two games.

Saudi Arabia’s Al Nassr will look to bounce back from their opening-day defeat to Al Wasl when they face the Islamic Republic of Iran’s Zobahan in Group A of the 2019 AFC Champions League at Al Maktoum Stadium on Monday.

In their first game in the competition since 2016, Al Nassr went down 1-0 in to Al Wasl, also in Dubai, and the Riyadh side have now gone four games on the continent without registering a goal.

Al Nassr have, however, been on a superb run domestically and scored deep into stoppage time to secure a 3-2 win against Ettifaq on Friday and move within four points of Saudi Pro League leaders Al Hilal.

Zobahan dominated large spells of their opening match against Iraq’s Al Zawraa last week but were unable to break the deadlock as the sides shared a goalless draw.

The Isfahan team have since won their first Iranian Pro League game since August when they defeated Padideh Khorasan 1-0 on Thursday to edge away from the relegation zone.

Al Nassr and Zobahan also met twice in the 2016 group stage with the Iranian side posting back-to-back 3-0 victories as they advanced to the knockout rounds and the Saudi side were eliminated.