ICC expects Indo-Pak game to go through despite tensions 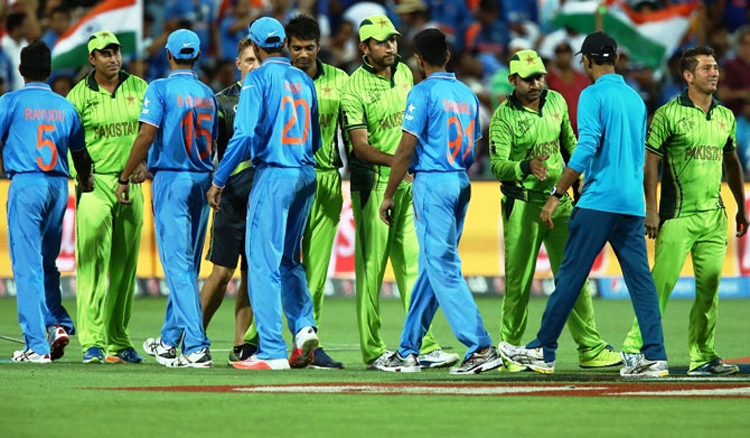 IMAGE: Bitter rivals India and Pakistan are scheduled to clash at Old Trafford in Manchester in what would be one of the most eagerly-anticipated matches at the World Cup. Photograph: Getty Images

LONDON: The International Cricket Council is confident the June 16 World Cup match between Indian and Pakistan will go ahead despite last week's attack claimed by Pakistan-based militants on Indian forces in disputed Kashmir, chief executive David Richardson has said.

A suicide bomber on Thursday attacked a paramilitary police convoy in Indian-controlled Kashmir, killing at least 40 in the deadliest single assault on Indian forces in 30 years of insurgency in the Muslim-majority region.

Angry Indian fans have demanded boycotting the marquee match in England though neither of the cricket boards has publicly expressed any such desire.

“Certainly there are no indications any of the matches, including the Pakistan-India match, will not be played as planned at the World Cup,” ICC chief executive David Richardson told cricket website www.cricinfo.com.

“But ... we will continue to monitor the situation.”

ICC is the world governing body for the game.

Bitter rivals India and Pakistan are scheduled to clash at Old Trafford in Manchester in what would be one of the most eagerly-anticipated matches at the May 30-July 14 tournament.

More than 400,000 applications had been made for the 25,000 tickets available for the match, organisers said.

“To put that in perspective, England v Australia was around 230-240,000,” World Cup tournament director Steve Elworthy told Cricinfo. “And the final was around about 260-270,000 applications for tickets.

“So that gives you a bit of perspective for the demand for this match.