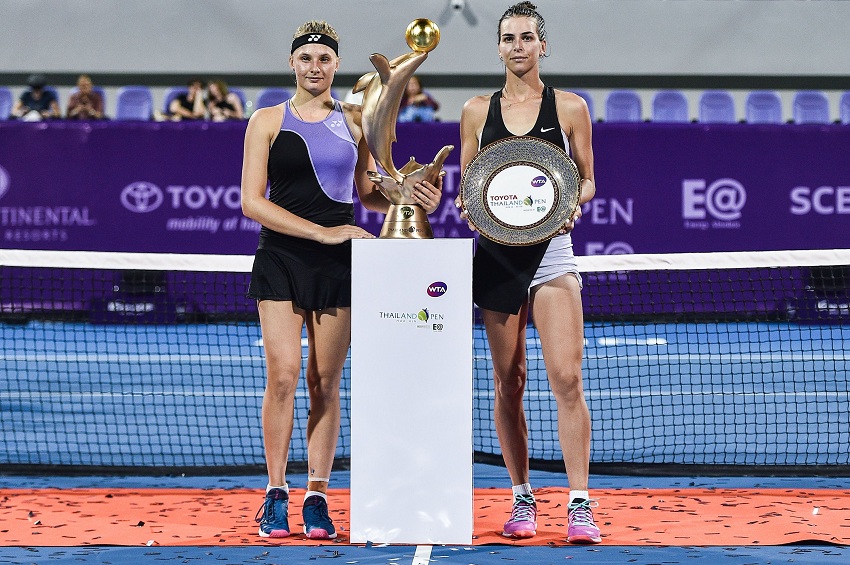 Ukraine's Dayana Yastremska (L) and Australia's Ajla Tomljanovic pose during the presentation ceremony at the end of the final match at the WTA Thailand Open tennis tournament in Hua Hin on February 3, 2019. — Agence-France Presse

The overtime thriller in the seaside city of Hua Hin gave the 18-year-old her second WTA title.

After dominating the first set, eighth seed Yastremska faced some strong returns from the 25-year-old Tomljanovic, who took the second set to level the match.

A fierce rally in the final moments of the third set pushed the final into a tie-breaker.

Yastremska sealed her win with a searing forehand after a tense two hours and 22 minutes.

The Ukrainian teen burst into tears and collapsed on the floor, and then put her hands together in a traditional Thai greeting to acknowledge the cheering crowd.

"I was always trying to play the same as you," she said to Tomljanovic in the post-match interview.

The 47th-ranked Yastremska dedicated her win to her mother, who had to return to Ukraine for an operation.

The victory capped an impressive run in the inaugural $250,000 tournament for Yastremska, who dispatched top seed Garbine Muguruza in the quarter-finals.

Both finalists -- who first faced each other in the China Open qualifiers last year -- were in top form in Thailand, not dropping a set until the final.