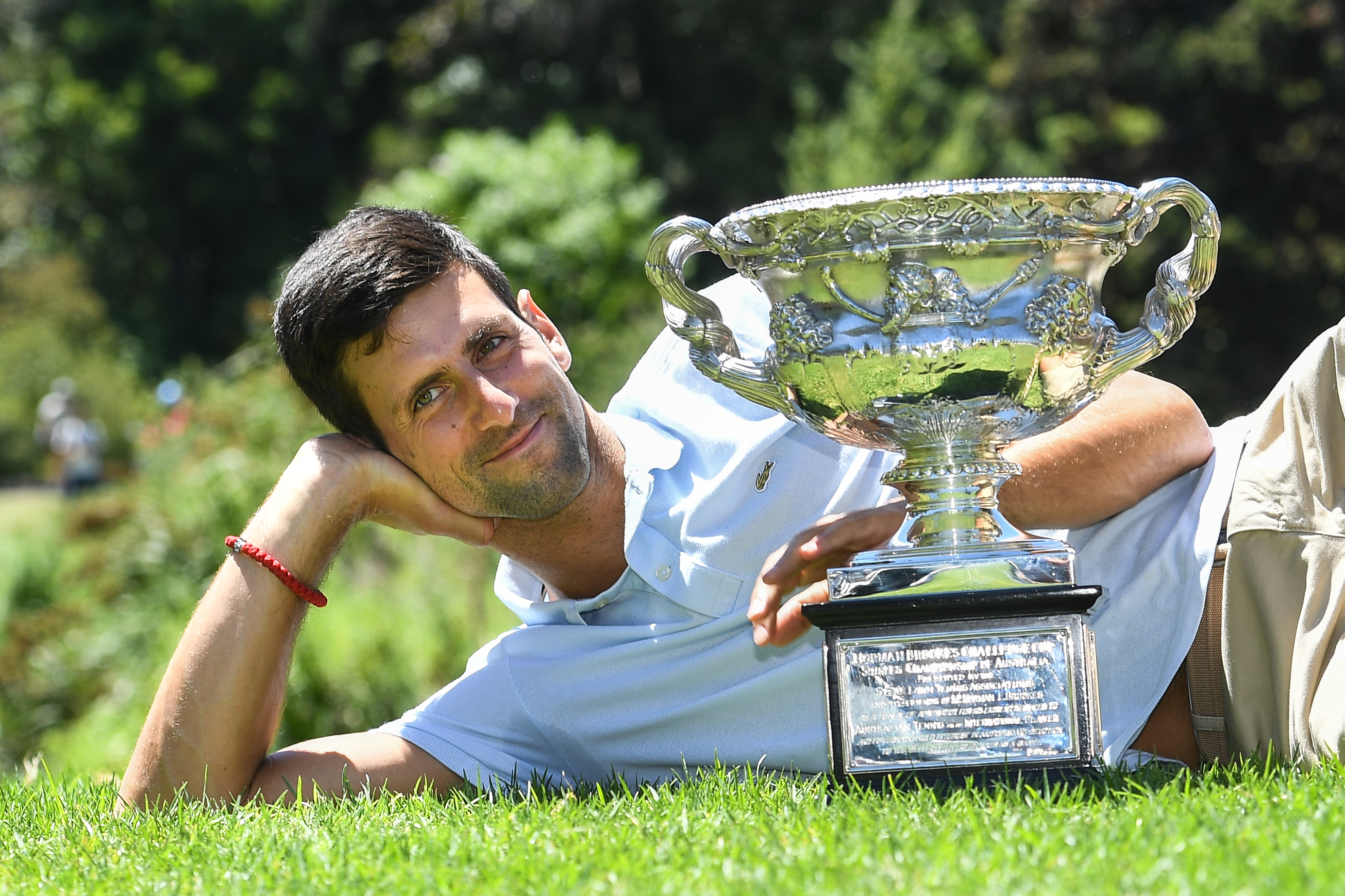 LONDON: Roy Emerson has a message for Novak Djokovic: hands off my record.

Djokovic will take on Rafael Nadal on Sunday looking to become the first man to win seven Australian Open titles, separating him from the three-way tie he currently shares with Emerson and Roger Federer.

Australian Emerson won the title six times in seven years between 1961 and 1967 and went on to claim 12 slam singles titles in all, a men's record until Pete Sampras surpassed him in 2000.

Djokovic, Nadal and Federer have all gone past that mark as well, and Nadal can join Emerson and Rod Laver as the only men to have won all four titles at least twice with victory on Sunday.

Asked if he feared for his record, Emerson, now 82, said with a chuckle: "It doesn't look too good.

Djokovic and Nadal have dominated the men's tournament and dropped just 10 games between them in the semi-finals to set up a rematch of their titanic clash of 2012, which Djokovic won after seven minutes short of six hours.

Emerson fancies Nadal to take his revenge, saying: "He hit some running forehands the other day that were remarkable. I'm looking for a great scrap. It's good to have a final like that."

Nadal arrived in Melbourne having not played a competitive match since the US Open because of a series of physical issues, and former Wimbledon champion Pat Cash believes that could count against him.

He said: "If you're going recent history, you've got to say Novak. I'm not convinced that will be the case. I think the only thing that pushes that to me is the fact Rafa hasn't had a lot of matches, which is kind of good when you're coming back from ankle surgery, but you also need some fitness.

"He hasn't really been tested. Four, five hours against Novak, it's a big ask. But I know one player who raises his level when he has to is Rafa, he's phenomenal at doing that. And he loves a challenge. That's what I think is really exciting about the final."

Nadal has been noticeably more aggressive in his play this tournament, backed up by a remodelled service action, and is yet to drop a set.

"Obviously the big push for Rafa in the off-season has been his serve and trying to get it onto the opponents much faster, that allows him to then play offence on the second or third shot," said three-time grand slam singles champion Lindsay Davenport.

"The toughest person to do that against is Novak. I think it'll for sure be five sets. They're both playing amazing, they both want this more than anything.

"If Novak wins this he's going for the career slam again (holding all four titles at once). I think he's always trying to set himself apart from the other two. He comes in with this fire - it's crazy what he brings to these finals."

Victory for Djokovic would bring him a 15th slam title while Nadal is bidding for an 18th, which would put him within two of Federer's all-time record.

Given their respective ages - Djokovic is 31 and Nadal 32 compared to Federer's 37 - and levels of play, the Swiss man's mark appears more vulnerable than ever.

Cash added: "I'm not sure these guys are that bothered about it but I think, for Roger, it's really important for him to finish on top. He loves the records, and I think that's one of the reasons he's decided to play the clay-court season and be sharp for Wimbledon."