Six things we learned in European football this weekend 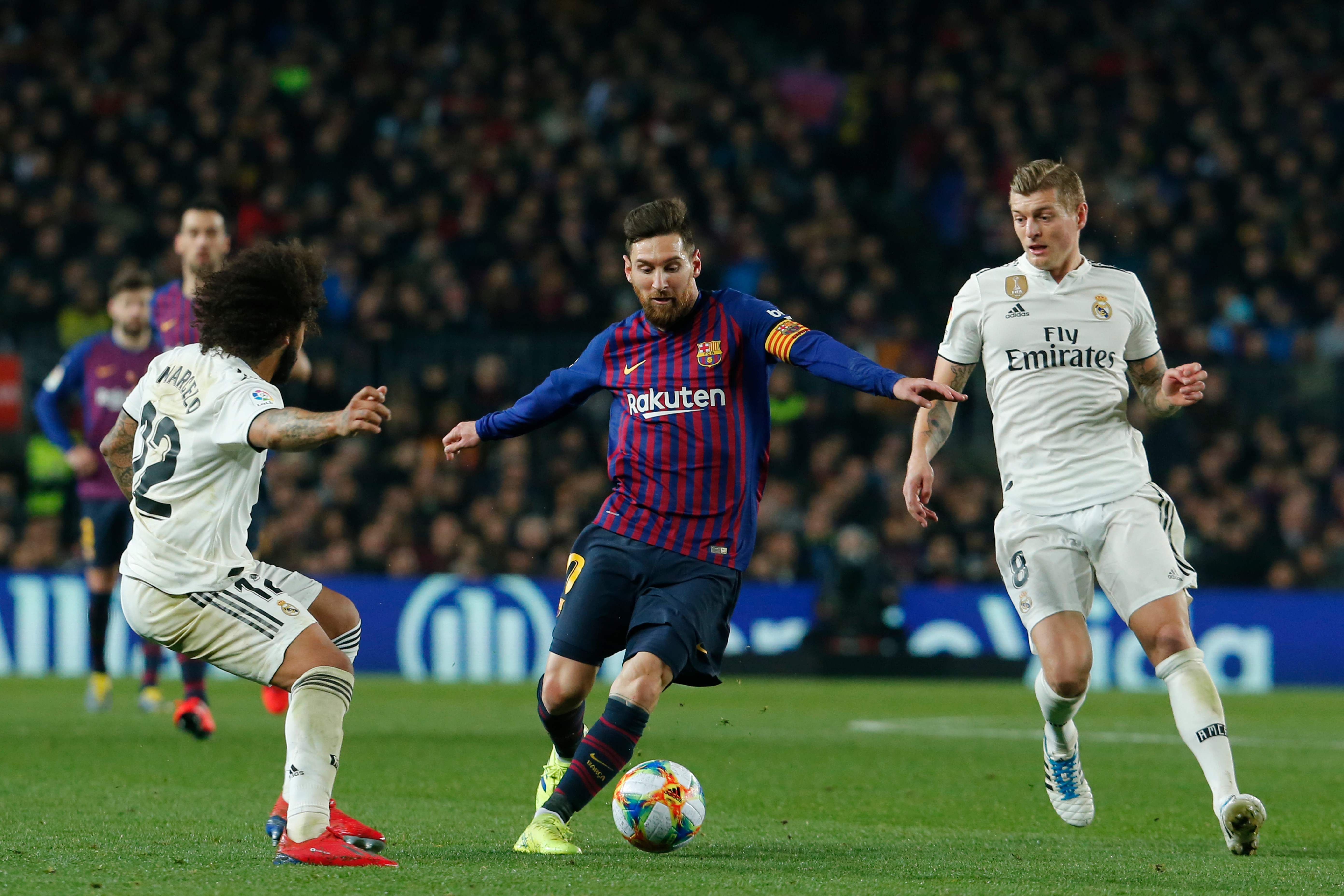 Paris: While Real Madrid are ominously finding form ahead of the return of the Champions League, Paris Saint-Germain's first Ligue 1 loss of the season will have encouraged their future European opponents Manchester United.

With Juventus and Bayern Munich having defensive difficulties exposed too, AFP Sport looks at what we learned from the weekend across Europe:

There have been few weekends in La Liga this season when Real Madrid can claim to have come out on top, but this was one. Perhaps not in terms of the table, where they still trail Barcelona by eight points and Atletico Madrid by two. But the gaps were reduced after a 3-0 win over Alaves took advantage of Barca drawing with Valencia and Atletico losing at Real Betis. Barcelona are still very much in the driving seat but the momentum appears to be with Madrid, who have put together a run of five wins in a row. Another over Atletico next weekend would see them leapfrog their city rivals into second, with the resumption of the Champions League just around the corner.

Manchester United manager Ole Gunnar Solskjaer was in attendance to watch his side's future Champions League opponents Paris Saint-Germain as they lost 2-1 in Lyon. And the Norwegian can have taken plenty of positives from the way a makeshift PSG side -- without the injured Neymar or a recognisable central midfielder in their starting line-up -- had their unbeaten record in Ligue 1 this season ended. United are approaching the first leg of their last-16 tie next week in terrific shape with nine wins and a draw in 10 games under Solskjaer. Meanwhile, PSG need to get Marco Verratti back to fitness and new midfield signing Leandro Paredes up to speed in time for the Old Trafford trip.

Massimiliano Allegri insisted that his Juventus side's leaky defence was only a temporary setback and not a worry ahead of their upcoming Champions League last-16 first leg at Atletico Madrid. For the first time in seven years Andrea Barzagli, Leonardo Bonucci and Giorgio Chiellini were all out injured at the same time as Juve were held 3-3 by Parma, three days after a 3-0 Cup defeat at Atalanta. The last time they conceded three goals in consecutive games was under Antonio Conte in 2013. "We still have a healthy advantage (in Serie A) and this setback will ultimately do us good," said Allegri, who expects Chiellini to be fit for Madrid.

Nicolo Zaniolo, 19, rescued a 1-1 draw against AC Milan to become the youngest Roma player to score his first three senior goals for the capital side since club legend Francesco Totti, aged 18 years in 1995. "He's like Totti, one who speaks little and always wants the ball," said coach Eusebio Di Francesco of the youngster. "I hope he can continue to play with that joy and verve."

Jurgen Klopp would have noted with interest just how easily Bayer Leverkusen's slick attack tore open the Bayern Munich defence as they beat the Bavarians 3-1 on Saturday, proving the vulnerability of the defending Bundesliga champions to quick counter-attacks. Kevin Volland and Lucas Alario finished off rapid-fire breakaways with superb second-half goals for Leverkusen. "We got into an exchange of blows with Leverkusen and they killed us," admitted Bayern coach Niko Kovac, whose side face Liverpool at Anfield on February 19 in the first leg of their Champions League last-16 tie. Kovac's experiment of playing Joshua Kimmich and Leon Goretzka -- who scored Bayern's goal -- in central midfield back-fired as Leverkusen poured through the middle while centre-backs Mats Hummels and Niklas Suele lack the pace to plug the gaps, leaving space to exploit.

A day after scoring twice for Juventus in their draw with Parma, Cristiano Ronaldo was in Lisbon to watch his first club Sporting in the derby against Benfica. But Ronaldo's presence certainly did not inspire the Lions, who were outplayed in a 4-2 home defeat that leaves them well off the pace in fourth in the Portuguese league. According to local media, Ronaldo had seen enough after Benfica went 3-1 up early in the second half, and headed for the exit.