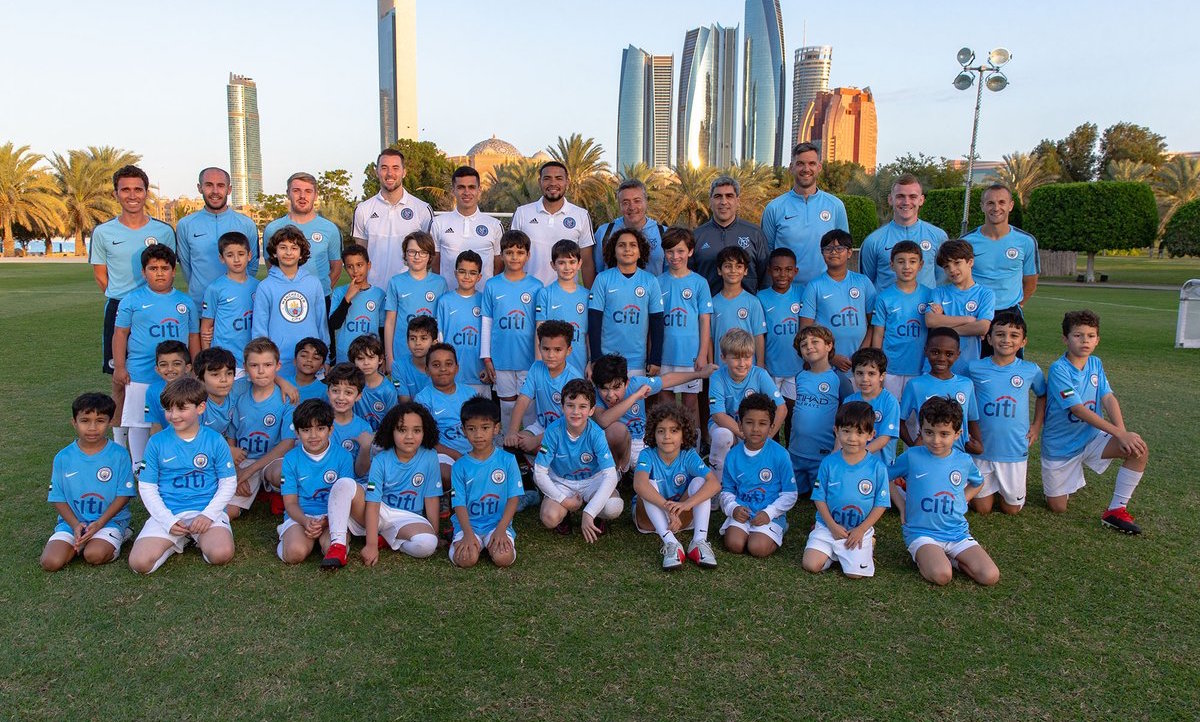 ABU DHABI: Young footballers in Abu Dhabi were this week given a special training session with the first team and coaches from New York City Football Club.

Taking place during the Major League Soccer club’s pre-season camp at Emirates Palace, the boys and girls were shown skill techniques and took part in a small game.

New York City FC coach, Domenec Torrent, said: “It has been fantastic for us to spend a full ten days in Abu Dhabi and also play European teams in games.

“What is also important is to come to the City Football Schools and help inspire these kids. They have an amazing facility to play and we have shared some great moments with them out on the pitch.”

City Football Schools give coaching to boys and girls throughout the season at venues in Abu Dhabi and Dubai – with an emphasis on both skills on the pitch and living the right lifestyle off it.

New York City goalkeeper, Brad Stuver, said: “‘It’s great see so many kids out and having fun in Abu Dhabi and learning how to play soccer the right way. This is the next generation of soccer players and coaching them is so important.

“What has been great for the players on the trip to City Football Schools is taking the time to think about what we have learnt and giving some of that knowledge and wisdom to the boys and girls.”

While in the UAE capital, New York City FC is playing two friendly fixtures. The Club faced FC Copenhagen on Feb. 3 and will take on Swedish champions AIK on Feb.8.

Claudio Reyna, New York City FC’s Director of Operations, said: “Youth development is a big priority at New York City FC. We currently have three homegrown Academy players in the first team and in the coming years it will be more.

“We are all set for the new season following this training camp and believe we can compete with any team in MLS.”