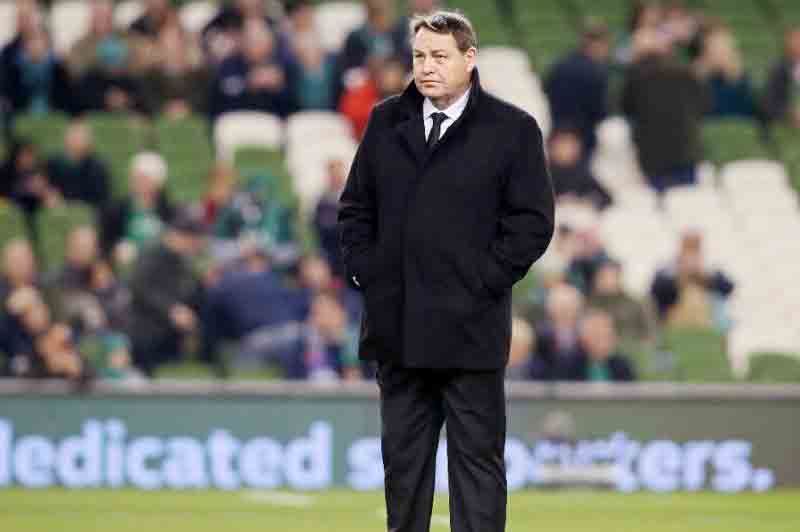 Hansen, whose team defeated Cheika’s Australia in the 2015 World Cup final, also said the Wallabies coach was vulnerable to mind games because he had trouble controlling his emotions, news website Stuff reported on Tuesday.

It said Hansen made the remarks after being questioned about Australian great Mark Ella’s comment in 2016 that “Mickey Mouse could coach the All Blacks to victory” given the quality of New Zealand’s players.

Hansen, who will step down after the World Cup in Japan this year, said it was possible to distract Cheika by using niggling ploys like refusing to use his name before matches.

“The plan was not to call him by his name but just say he’s the Australian coach. Then he went on a tirade about not respecting him,” Hansen said.

“I guess what we’re trying to do there is take his mind off the job and while I say he’s not a bad bloke, he’s got to control his emotions.

“I think he’s got a good side, he does a good job of the coaching, but sometimes he just lets himself down there.”

Hansen also claimed he had a psychological edge over Warren Gatland when his fellow Kiwi coached the touring British and Irish Lions in 2017.

But he said he backed off when a New Zealand newspaper went too far and published a cartoon of Gatland as a clown.

Gatland, who also coaches Wales, managed to get under Hansen’s skin during that drawn series when he accused the New Zealanders of dangerous play, prompting the All Blacks boss to make an angry phone call to talkback radio defending his tactics.

Hansen reportedly revealed he takes a less abrasive approach with England’s Eddie Jones — “He likes to be praised, so we praise him” — and Ireland’s Joe Schmidt, who he called “a good coach and a mate.”