Sri Lankan opener taken off field on stretcher after bouncer 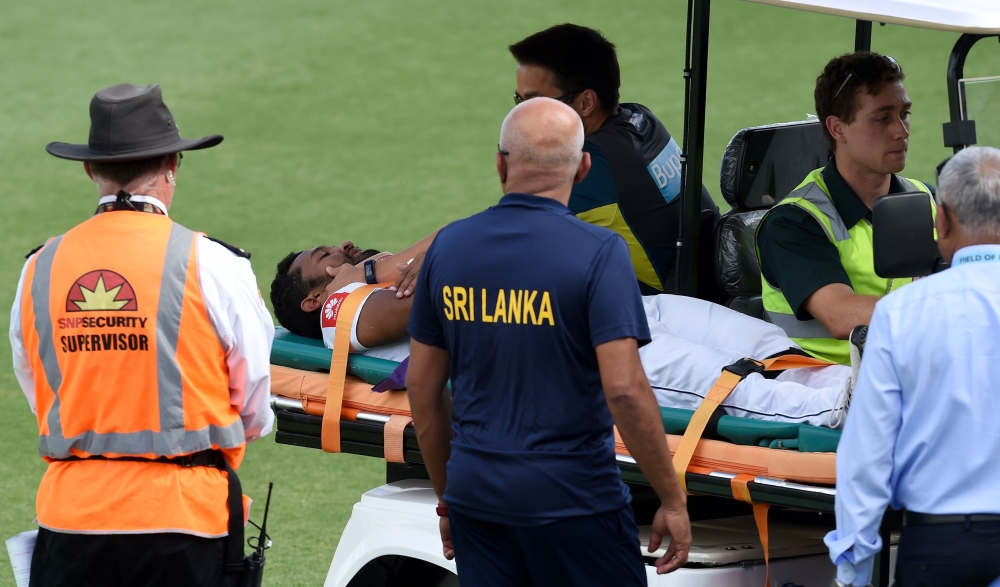 Sri Lanka's Dimuth Karunaratne is moved from the ground on a stretcher after being hit by a delivery from Australia's Pat Cummins during day two of the second Test cricket match between Australia and Sri Lanka at Manuka Oval Cricket Ground in Canberra on February 2, 2019.

CANBERRA: Sri Lanka opener Dimuth Karunaratne was hit by a bouncing delivery on his helmet and was taken off the field at Manuka Oval on a stretcher on the second day of the test match against Australia.

Karunaratne crumpled to the ground after ducking into a Pat Cummins bouncer which rocketed into the back of his helmet after tea on the second day Saturday.

The 30-year-old Karunaratne, who retired hurt on 46, left the ground on a motorized stretcher. He was later shown on television being taken by ambulance to a hospital.

He appeared to be conscious, although medical staff appeared concerned about his neck.

Australia declare at 534 for five against Sri Lanka