Australia declare at 534 for five against Sri Lanka 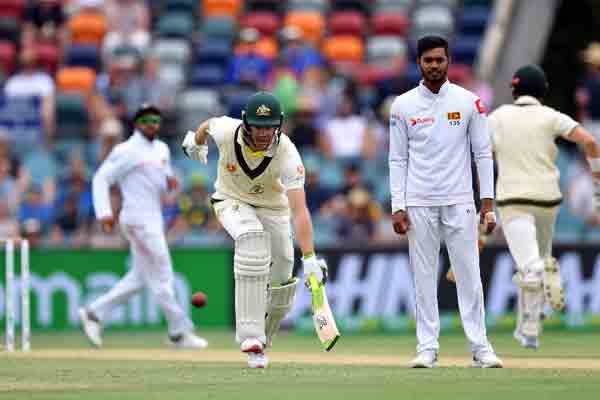 Australia's Tim Paine runs between the wickets during day two of the second Test cricket match between Australia and Sri Lanka at Manuka Oval Cricket Ground in Canberra on February 2, 2019

CANBERRA: Australia declared their first innings at 534 for five in the second Test against Sri Lanka on Saturday, with Kurtis Patterson unbeaten on 114.

The hosts resumed day two at Manuka Oval in Canberra on 384 for four, with skipper Tim Paine calling a halt to proceedings just over an hour before tea.

Patterson scored a maiden ton in only his second Test, to go with hundreds from Joe Burns (180) and Travis Head (161).

Paine was not out 45 at the other end when he made the declaration.