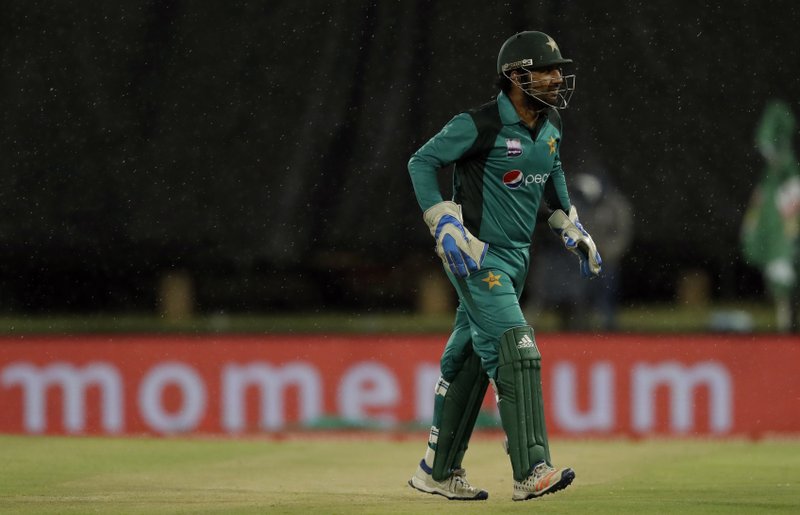 Pakistan cricket captain Sarfraz Ahmed was banned for four games on Sunday for a racist on-field taunt aimed at South Africa allrounder Andile Phehlukwayo. He will return home and miss the rest of the tour, the Pakistan Cricket Board said.

The International Cricket Council found Sarfraz guilty of a breach of the sport's anti-racism code for his comments while Phehlukwayo, who is black, was batting in the second ODI in Durban on Tuesday. The ICC charged Sarfraz with the offense on Saturday and said Sarfraz accepted the charge.

In the incident, Sarfraz, the Pakistan wicketkeeper, was heard on a stump microphone saying in the Urdu language: "Hey black man, where is your mother sitting today? What (prayer) have you got her to say for you today?"

Sarfraz claimed his comments were a general expression of frustration that Phehlukwayo had got lucky while batting and survived a couple of near-misses. He made a public apology and also apologized in person to Phehlukwayo ahead of the third ODI on Friday.

The ICC still found him guilty and banned him for the last two one-day games and the first two T20s.

"The ICC has a zero-tolerance policy towards conduct of this nature," ICC chief executive David Richardson said. Richardson said the punishment took into account that Sarfraz had "promptly admitted the offence, was regretful of his actions and has issued a public apology."

Sarfraz would have been free to play in the final T20 but the Pakistan Cricket Board said it had been decided, in consultation with Sarfraz, that he would return home.

The PCB also expressed its "utmost disappointment" with the ICC's decision.

"PCB had anticipated that the matter had been resolved amicably between the two players and the two boards following Sarfraz Ahmed's public apologies which were accepted by the player, the Board and South Africa cricket team," the PCB said.

Shoaib Malik captained Pakistan for the fourth one-day international in Johannesburg on Sunday in Sarfraz's place and will lead the team for the rest of the tour.