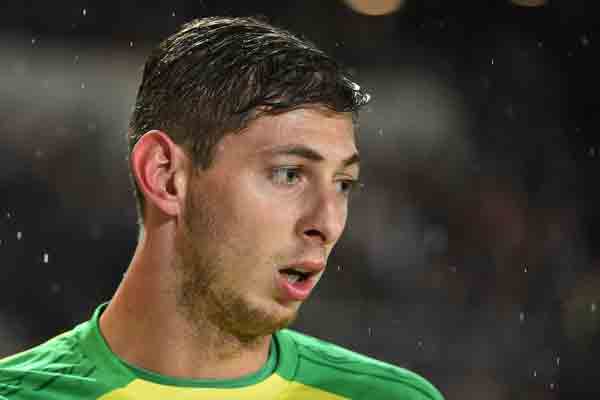 Cardiff City’s record new signing Emiliano Sala expressed concern about his plane shortly before the light aircraft disappeared over the Channel, according to an audio message sent to friends and relatives.
The Argentine striker, signed on Saturday from French club Nantes for a reported fee of 17 million euros ($19.3 million), was flying to Cardiff aboard the plane that disappeared from radar around 20 kilometres (12 miles) north of the island of Guernsey on Monday night.
“I’m on a plane that looks like it’s going to fall apart, and I’m leaving for Cardiff,” Sala said in a WhatsApp audio message carried by Argentine media.
“If in an hour and a half you have no news from me, I don’t know if they will send people to look for me, because they will not find me, you know. Dad, I’m so scared,” he added.
Sala is missing presumed dead after the single-engine Piper PA-46 Malibu aircraft disappeared.
A 15-hour search on Tuesday covering a 1,155 square-mile (3,000 square-kilometre) area in the Channel spotted “a number of floating objects in the water,” Guernsey police said.
“We have found no signs of those on board. If they did land on the water, the chances of survival are at this stage, unfortunately, slim,” police said.
The search was set to resume at sunrise on Wednesday.
French civil aviation authorities had confirmed that 28-year-old Sala “was on board the plane.” It is thought there was one other passenger on the aircraft.
Police on Guernsey, which sits just off the north coast of France, said the pilot had requested to lower his altitude shortly before air traffic control in neighbouring Jersey lost contact with the plane.