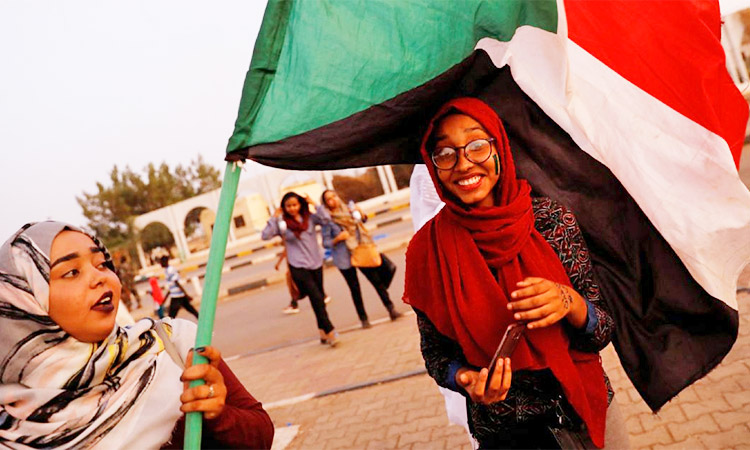 The agreement reached by Sudan’s Transitional Military Council, TMC, and the Forces of Freedom and Change, FFC, to establish a transitional government in the country is a hugely positive step and signals better times for the country.

The UAE, on its part, has always remained a committed partner in the development and stabilisation of the Arab World and stood by brotherly nations at their time of need.

The UAE Ministry of Foreign Affairs and International Cooperation has correctly pointed out that this positive and important step would mark a new phase during which security and stability would prevail in realisation of aspirations of the Sudanese people.

It is good that the two sides have agreed to share power for three years, and then hold elections for a return to full civilian government.

Not surprisingly, news of the deal brought thousands of people onto the streets to celebrate and raised hopes that a peaceful transition of power can actually take place, following months of turmoil since December’s civilian revolt began.

On Saturday, the head of that council General Abdel Fattah Al Burhan vowed to implement the deal and to work in close cooperation with the protest leaders.

The governing body will have a total of six civilians and five military representatives. The six civilians will include five from the umbrella protest movement, the Alliance for Freedom and Change.

A general will head the ruling body during the first 21 months of the transition, followed by a civilian for the remaining 18 months, according to the framework agreement.

The Emirates airline has also announced that it will resume flights to Khartoum, the capital of Sudan, from July 8.

As per Orhan Abbas, Emirates’ Senior Vice President Commercial Operations, Africa,  the airline  decided to resume the services to Khartoum  after closely monitoring the situation in Sudan and conducting an exhaustive review of all operational factors.

The decision to resume flights will, no doubt, help support local business and increase access to international markets, besides benefitting passengers.

The country is facing a tough time on the economic front too and this needs to be addressed as a priority.

A tripling by the government of the price of bread in the face of a chronic shortage of flour was the immediate trigger for the nationwide protests that led to veteran president Omar Al Bashir’s overthrow.

Earlier, the Abu Dhabi Fund for Development, ADFD, announced its plan to deposit $250 million into the Central Bank of Sudan, CBOS, to secure increased liquidity and strengthen the financial position of Sudan.

The deposit fell within the framework of the $3 billion UAE-Saudi Arabia joint aid package for Sudan that committed $500 million to CBOS, evenly split between the two countries.

The international community should extend every possible support to the measures taken by Sudan to preserve its security and stability and achieve prosperity for its people.

All stakeholders should ensure the timely and transparent implementation of the agreement.