This is why Trump caved in to US chipmakers’ demands - GulfToday

This is why Trump caved in to US chipmakers’ demands 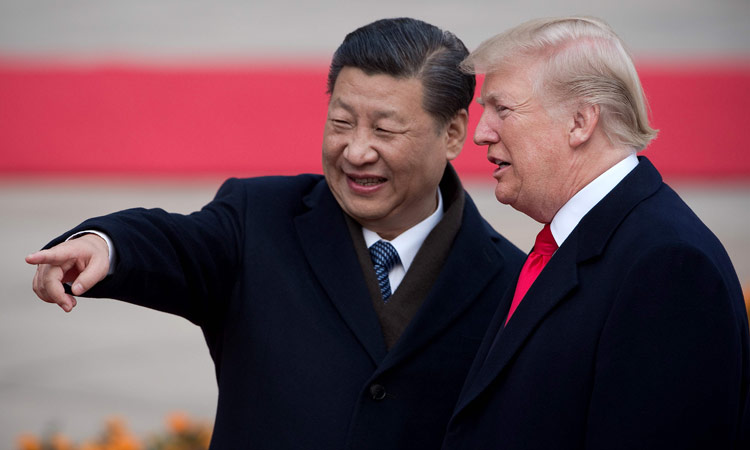 President Donald Trump’s decision to allow US companies to continue selling to Huawei followed an extensive lobbying campaign by the US semiconductor industry that argued the ban could hurt America’s economic and national security.

In multiple high-level meetings and a letter to the Commerce Department, the companies argued for targeted action against Huawei Technologies Co. instead of the blanket ban the Trump administration imposed in May. That includes identifying specific technologies that the Chinese company shouldn’t be given access to, while allowing US firms to supply the rest.

The Semiconductor Industry Association, a trade group that represents companies such as Intel Corp., Broadcom Corp. and Qualcomm Inc., told the Trump administration that its sanctions against the Chinese company will make them appear to be undependable partners, which will put them at a severe disadvantage globally.

Representatives of chipmakers last month met with Commerce Secretary Wilbur Ross and Treasury Secretary Steven Mnuchin to argue that the decision to place the company on a so-called entity list could hurt the country, people familiar with the meeting said.

In the letter seen by Bloomberg News, the Semiconductor Industry Association said that the action risked cutting off its members from their largest market and hurting their ability to invest. At the same time, Huawei would in many cases be able to get components elsewhere, they argued.

“Overly broad restrictions that not only constrain the ability of US semiconductor companies to conduct business around the world, but also casts US companies as risky and undependable, puts at risk the success of this industry, which in turn impacts our national security,” the group wrote last month. They added that the administration should take into account those factors when evaluating license applications from American firms.

Their talking points seem to have found their way to Trump. After concluding a high-stakes meeting with Chinese President Xi Jinping in Osaka on Saturday, the US president said American firms weren’t pleased with his Huawei policy and announced that he has agreed to let them keep shipping some of their components and technology.

“I’ve agreed — and pretty easily — I’ve agreed to allow them to continue to sell that product so American companies will continue,” the president said during a news conference. “The companies were not exactly happy that they couldn’t sell because they had nothing to do with whatever was potentially happening with respect to Huawei. So I did do that.”

He later clarified he will only allow them to sell “equipment where there is no great national emergency problem with it,” without offering more details. Trump’s comments stoked confusion among industry and analysts and the White House has not yet announced specifics on the path forward for US companies doing business with Huawei.

While China hawks in Congress and Trump’s administration feared a potential reversal of the export ban, US industry has been pushing the White House to ease restrictions that require American firms to get a US government license in order to sell to the Chinese tech giant.

A spokesman for the Semiconductor Industry Association said the group has “consistently urged the administration to advance US semiconductor leadership as it works to preserve national security, and we’re encouraged by the direction the president set in Osaka.”

A Commerce spokesman said companies can submit license applications explaining the importance of exports on their business relationship. When a case is made for license approval based on concrete and supportable facts, decisions on those licenses are made. When data is absent, Commerce is unable to act, the spokesman said.

Chipmakers have been placed in a tough spot by the trade dispute and security-related action against Huawei. China is their biggest market, providing about a third of revenue. They’re arguing that not all exports to Huawei and its affiliates pose a security risk and that much of what’s sold there is easily replaceable with non-US products. Given the massive cost of research and development for chips, continuing to miss out on revenue could hurt their competitiveness.

Their concerns were stoked by China’s response to Trump’s Huawei ban. In May, Beijing threatened to compile a list targeting companies that it says are not dependable suppliers. American firms were also spooked when Chinese government officials called them in for meetings and threatened to add them to the list if they don’t make sure the US eases up on its ban, people briefed on the meetings said.

The chip industry’s proposed solution is to ask for a narrower set of restrictions, according to people involved in the negotiations with US government representatives. They argued that there are choke points — crucial pieces of technology, that if withheld could slow down Huawei without totally crippling it. In many cases, providing chips without the engineering support and software needed to integrate them in devices is enough, the people said.

In the letter the Semiconductor Industry Association highlighted several areas that don’t warrant a blanket ban. The memory chip industry is dominated by Korean makers with a 68% market share of the commodity products. That means if Micron Technology Inc., Intel and Western Digital Corp. are excluded from China, they will directly lose market share, the group argued.

In analog chips, simpler components that convert things like sound and radio waves into digital signals, the US owns 65% of the market. European and Japanese companies have “viable substitutes” that Chinese customers could use. And even in logic chips, where companies such as Intel and Qualcomm have won the US a 69% stranglehold, Huawei’s own HiSilicon chip unit is among a list of alternative providers that could offer replacements for crucial components of smartphones, computers and networking gear.

National Economic Council Director Larry Kudlow said Sunday that the granting of licenses only applies to general merchandise. “Anything to do with national security concerns will not receive a new license from the Commerce Department. I think that’s very important.”

Still, it’s unclear what the Trump administration’s end goal is. Trump said he will only make a decision on what to do about Huawei when trade talks are in the final stages. “We’ll have to save that until the very end,” he said. 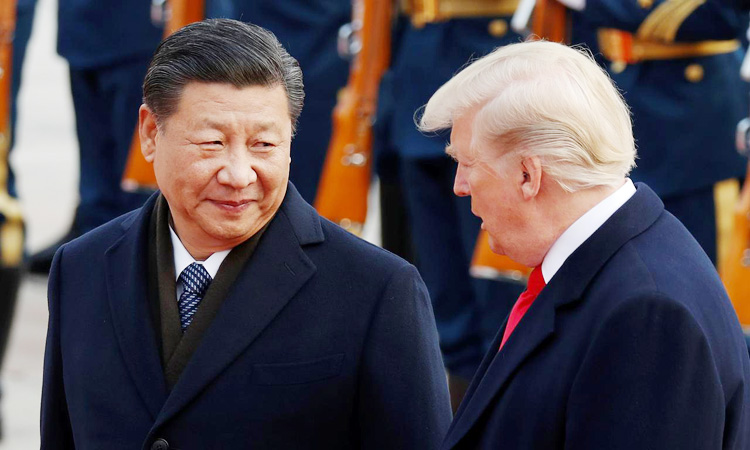