Carter was made of a different mould altogether - GulfToday

Carter was made of a different mould altogether 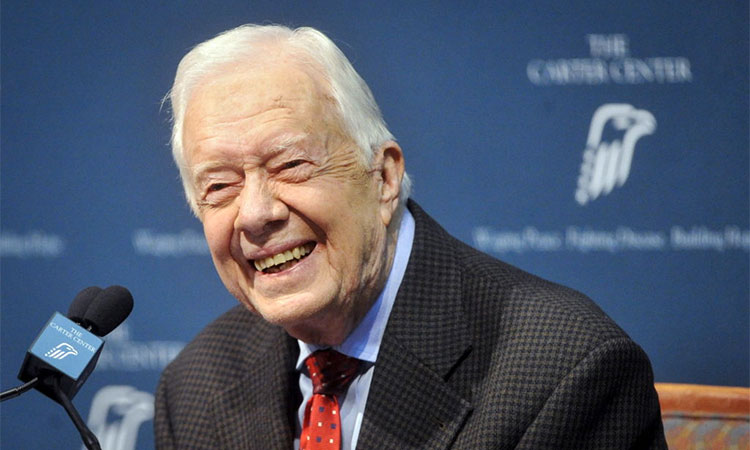 Twenty candidates lined up this week for the first televised debates of the 2020 election. The roster is maxed out, with senators, governors, mayors, and tech entrepreneurs all vying for the chance to take down President Donald Trump.

There is indeed one Democrat who’s perfectly positioned to do just that. He boasts that elusive mix of progressive bona fides, mainstream appeal, and proven policy track record. But he wasn’t on the stage.

That’s not entirely a joke. The public perception of Carter is that he’s a one-term loser crushed by the weight of his own naive incompetence. Supposedly just a simple peanut farmer chewed up by Washington, Carter has gone down in history as the poster boy for failed Democratic administrations.

That’s a mistake. Carter actually boasts one of the most impressive presidential policy records of the modern era, a set of accomplishments with broad bipartisan appeal that laid the groundwork for decades of prosperity. The yawning gap between the perception and reality of his administration is the product of our warped relationship with the presidency, the grotesque expectations the public imposes on this office.

Ronald Reagan is lionised as the great deregulator, but some of the most important deregulations of the last half century were actually initiated by Carter. This wasn’t mindless slashing; it was targeted, commonsense reform unleashing competition in parts of the economy long-dominated by artificial monopolies.

We see the fruits of Carter’s labours all around us. A trillion-dollar natural gas boom, cheap air travel, countless microbrews, a vast rail and freight infrastructure — these are the direct products of Carter-signed regulatory reforms.

Kennedy, Johnson and Nixon all abused American intelligence agencies to undermine political opponents; Carter championed new oversight of government wiretapping. And in an act of exceptional political self-sacrifice, he backed punishing policies to tame inflation. That produced immense short-term economic pain but laid the monetary foundations for the Reagan-era boom.

Carter also did plenty to please progressives, including creating two new Cabinet agencies. But unlike, say, President Barack Obama, who proudly accepted the Nobel Peace Prize his first year in office and then spent the rest of his term issuing executive orders to kill distant foreigners, Carter was genuinely committed to peace, distinguishing himself as the only modern president not to be at war during any part of his term.

So, why don’t you know any of this? Why have you been taught that Carter’s administration was a failure?

Because, of course, it’s not enough for presidents to simply govern competently. The public demands much more than that.

Over the last century, the presidency has steadily gathered a grotesque messianic mystique. The man in the Oval Office is not just another public servant; he’s the all-powerful father figure, the redeemer of the national soul, the messianic CEO of the economy. And Carter didn’t fit the role. This is a man who actually read complaints about his presidency live on national television — and who, at the white-hot peak of stagflation, famously told Americans “to sacrifice your comfort and your ease.”

Carter also intentionally rejected the monarchical trappings of the office: walking alongside the presidential limo in his inaugural parade; carrying his own garment bag off Air Force One; selling the presidential yacht; ordering the Marine Corps band to stop playing “Hail to the Chief” whenever he entered a room. As he later explained: “People want a royal family in the White House. I wasn’t inclined to give them that.”