Immigration crisis is complex; there is no easy fix to any of this - GulfToday

Immigration crisis is complex; there is no easy fix to any of this 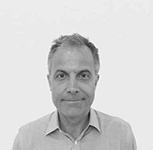 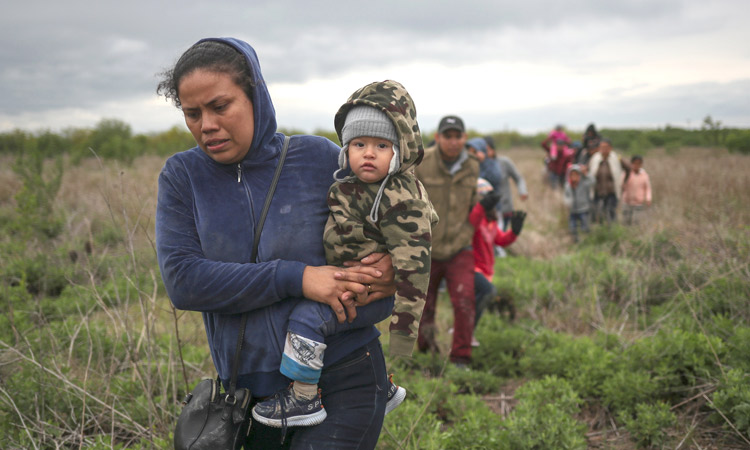 The photo has been used for illustrative purposes. File/ Reuters

Everybody’s circumstances are different, but they’re essentially also all the same. A migrant may be coming from Honduras, they may be from El Salvador. They may have paid $5,000 (about £4,000) to a coyote to smuggle them illegally, or walked hundreds of miles with a caravan and requested asylum at an entry port at the border.

They may be seeking a job that pays decently. They may be seeking to escape gang violence, or affected by a fungal blight that has destroyed their coffee-growing business, already rocked by globally low prices. The details differ but one thing unites the hundreds of thousands of Central Americans seeking to enter the United States – they want a better life, and they are prepared to risk everything to get one.

The terrible consequences of when such efforts go bad is etched in the bleaker-than-bleak image of Alberto Martínez Ramírez, 26, and his 23-month-old daughter, Valeria, photographed by a Mexican journalist, face down and dead in the Rio Grande, after being swept away while trying to enter the US at Brownsville, Texas, from Matamoros, Mexico. They came from a neighbourhood in the east of San Salvador and their deaths were watched by Tania Vanessa Avalos, the man’s wife and the little girl’s mother.

People have pored over the images with an intensity that feels almost pornographic, trying even to ascertain the little girl’s final moments from where her hand eventually came to rest. But there may be little to learn from this image; every year, countless numbers of migrants from Central America perish trying to enter the US, joined increasingly by large numbers from Africa and Asia.

This month, a six-year-old girl, Gurpreet Kaur, originally from India’s Punjab, died in the desert west of Lukeville, Arizona, after her mother left her with the group of migrants they were with to go in search of water. A 2012 study published, by the Oxford University Press, in the journal Social Work suggested at least 5,000 people have died in the Sonoran desert alone since 1994, often in the most remote places. Most of the time we don’t see those bodies, bleached and turned into dust, as they are, by the heat and wind of the landscape.

In the hours since the photograph of Mr Ramírez and his daughter went viral, plenty have been quick to blame the president of the US. “Trump is responsible for these deaths,” said Beto O’Rourke, one of the Democrats seeking the 2020 Democratic presidential nomination. “As his administration refuses to follow our laws – preventing refugees from presenting themselves for asylum at our ports of entry – they cause families to cross between ports, ensuring greater suffering and death.”

Kamala Harris, another 2020 hopeful, struck a similar tone. “These families are often fleeing extreme violence,” she said. “And what happens when they arrive? Trump says, ‘Go back to where you came from’. That is inhumane.”

The immigration crisis at the US-Mexico border, as with any mass movement of people, is complicated. But several points stand out. Trump, with his racist rhetoric and threats to break up families, is on record as making it as plain as day that migrants from Central America will not be welcomed into the country simply by making it to the border. You can loathe his language, you may loathe his policies, but you cannot say he is not consistent.

At the same time, people continue to come, in their hundreds of thousands. Last year, the number of migrants requesting asylum at the US border increased by 67 per cent, one of the reasons Trump is considering prohibiting migrants from seeking asylum if they have lived in a country other than their own before coming to the US.

When The Independent spoke to migrants in southern Mexico last year who had joined the caravan, and more recently in Honduras, where the caravan had originated, they were in no doubt as to Trump’s attitude towards them. They knew his views, yet they pressed on, often with little more than a belief that God would help them.

They also knew the value of taking their child with them, aware of the controversy that erupted after Trump last year ordered all illegal migrants to be criminally charged, resulting in hundreds or thousands of families being split. In the mountains near Honduras’ border with Guatemala, the first step on the journey north, there are villages with barely any men or boys, just mothers, their daughters and the elderly. “We know a child is like a visa,” one woman said.

Since 2015, the number of Mexicans leaving the US and returning home has been greater than the number entering. Tougher enforcement is one reason, as was the cooling of the US economy. But as Mexico’s economy has steadily grown – it is now considered an upper middle-income nation – attitudes in Mexico about whether life is better there or in the US have shifted.

The same is not yet true for Honduras, Guatemala and El Salvador, still recovering from decades of civil war (in which Washington invariably sided with the military backed right-wing governments) and massive corruption linked to the drugs trade to supply the US market.

Unemployment remains high and good jobs very few. When speaking to young Honduran students last month, all said they would rather live and work in their own country than being forced to look for opportunities in the US. The solution, said business leaders and entrepreneurs, was more foreign investment and job creation. One said: “Honduras is also part of the Americas. We want the American dream to happen here too.”

It is perhaps no surprise that the people of El Salvador recently elected Nayib Bukele, who campaigned on a platform of fighting corruption and creating jobs, as their president. Here Trump should certainly take some blame. This month he cut $550m in aid to Guatamala, El Salvador and Honduras as a “punishment” for their citizens. It is likely to make the problem worse.

The final, obvious, point is that nobody smuggles themselves into the US from Canada in search of a low-level job; they have no need to. There is no easy fix to any of this. But until the citizens of Central America have no need to risk everything to head north in search of a better life, there will be more deaths, more bodies. More photographs like this one.

Shirking moral responsibility is not an option

The mass movement of people is a global phenomenon; one that is here to stay. A former refugee myself, as a child I experienced the trauma and wrenching displacement of fleeing 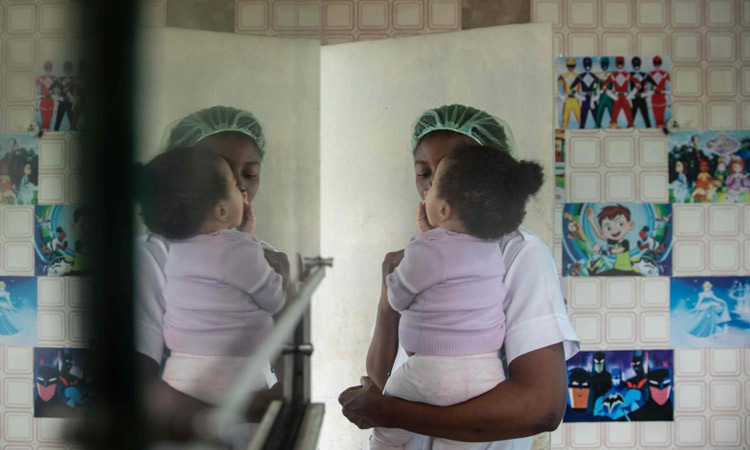 The IOM estimates that there remain more than 60,000 Nigerians in Libya among roughly 600,000 migrants from 39 nations, most of them with no legal documents, held in camps, prisons, private houses or brothels.