Growing insecurity among Afghan people is a serious concern - GulfToday

Growing insecurity among Afghan people is a serious concern 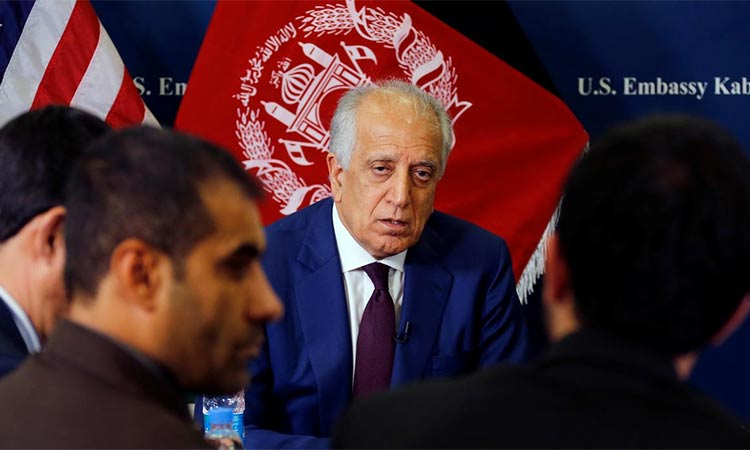 Zalmay Khalilzad briefs the media about ongoing talks with the Taliban at the US embassy in Kabul. Reuters

With the US and other countries taking so much of interests in resolving complex issues surrounding Afghanistan, the world must see a fruitful end to the decades-old conflict that has killed thousands of people and devastated the whole country.

As far as ordinary citizens, especially where the youth are concerned, they need their life back and be able to live in peace and enjoy dignity to work.  Let the talks with Taliban continue for an immediate end to the crisis, and for the Trump Administration, it is also critical to bring his troops back home without creating damage, physically and economically.  Despite the US troops being on Afghan soil for a very long time, it did not help find a lasting solution to the core issues. The growing insecurity among the Afghan people is a real serious concern, not only for the government of Afghanistan, but also for its neighbouring countries and other developed nations and organisations like United Nations.

The longer the issue delays, the more the deaths and destruction. So it remains as a priority issue for the whole world.