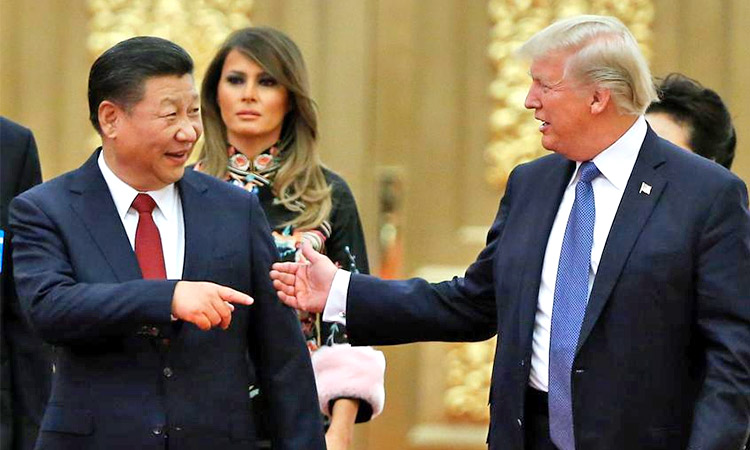 As US-China friction escalates, the rhetoric in Washington has grown increasingly ugly and hostile. The Trump administration, concerned about intellectual property theft and other questionable behaviour on the part of Beijing, has embarked on a program of targeting students and professionals of Chinese descent. Not only are these actions antithetical to America’s immigrant roots, they are damaging to US interests and competitiveness. Stoking racial divides is exactly the wrong way to fight the problem.

The US has long had policy differences with the People’s Republic of China, but the current White House and the national security community have ratcheted up those differences into a war on Western democratic ideals.

In his testimony before Congress last year, FBI Director Christopher A. Wray said that Chinese students and researchers represented a “whole-of-society threat”; in other words, to the American way of life. Later, a State Department official, Kiron Skinner, racialized the conflict: For the first time, the US, she said, is facing “a great power competitor that is not Caucasian.”

This culturally charged, zero-sum mentality has already translated into anti-Chinese policies. Student and work visas for Chinese nationals have been curtailed. In early 2017, the Trump administration began whittling away at the Optional Practical Training Program, an important channel for Chinese students, especially STEM majors, wishing to stay and work in the US. Last year, Chinese nationals studying robotics, aviation and other high-tech subjects were issued one-year visas instead of five-year ones.

All of these actions hark back to a shameful chapter in American history, especially the dark ages of the Chinese Exclusion Act, signed into law in 1882. The exclusion act not only blocked immigration from China, it institutionalized discrimination against Chinese in this country and reflected an attempt to deny what Chinese immigrants had already contributed to the United States. It wasn’t repealed until 1943. Its current echoes in racially charged and irresponsible rhetoric threaten our values, and our economic interests.

For starters, limiting visas for Chinese students, scientists, business leaders and tourists harms what amounts to a valuable US “export” — exceptional knowledge, research programming and global economic interconnectedness. Students from abroad, a large number from China, spent an estimated $39 billion in the United States during the 2017-18 academic year. In the tourism sector, Chinese are estimated to spend on average $6,700 per person when they visit here, much higher than other international visitors. Last year, however, with China-US hostilities rising, Chinese tourism fell 5.7%, the first decline in 15 years.

The impact of anti-Chinese policies and sentiment will be even greater, long term, on American technology. According to the National Science Foundation, foreign citizens account for more than half of the nation’s graduate students in engineering. Chinese citizens in particular represent one quarter of all those doing advanced artificial intelligence research globally. More than half this group was educated in the US, and some of them have gone on to start up companies and create American jobs. If they aren’t encouraged to stay on and work here, it will represent a huge loss of US-nurtured talent.

Alienating an entire generation of Chinese scholars, researchers and professionals — and assuming that US-China tensions are inevitable — simply isn’t necessary in order to respond to intellectual property theft and other illegal behaviour connected to entities and individuals in the People’s Republic. Instead, policymakers can clearly define and minimize the areas of our economy to be walled off from foreign participation.