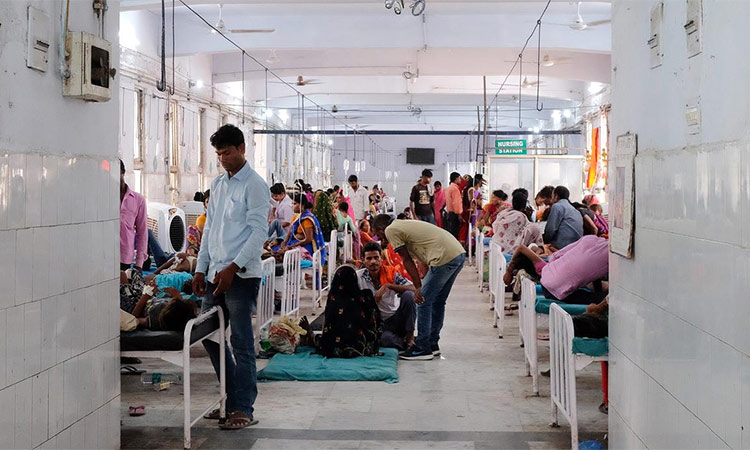 The recent Acute Encephalitis Syndrome (AES) outbreak is not a new phenomenon in Bihar. It is common knowledge that Muzaffarpur and neighbouring districts have been witnessing AES deaths during the summer months for over a decade now. Yet every successive government has gone about doing their usual politicking paying no heed to upgrading the public health infrastructure, which could save lives of our precious kids (“Chaos over AES outbreak, doctors, officials clueless,” June 20, Gulf Today).

The Bihar government has tragically failed the poor villagers and the children, not this year alone but for years on end, and there is little hope that the situation will improve, if like now, officials and doctors keep harping they are in the dark about the exact nature of the disease and precise cause of deaths.

The primary health centres are poorly equipped to deal with such situation and as media reports state the children have been victims of this gross medical apathy. The PHC is the first point of healthcare for patients, and if that itself is ill-equipped how can one expect to rein in the spread of the disease.

The Bihar Chief Secretary conveniently brushes off the issue by saying that they are still not aware if the disease is caused due to some virus, bacteria, toxin effect etc, etc. If the disease has been killing children for years now, isn’t it the duty of the government to find ways to control it. Or are they children of a lesser God?