For many black voters, 2020 is about beating Trump - GulfToday

For many black voters, 2020 is about beating Trump 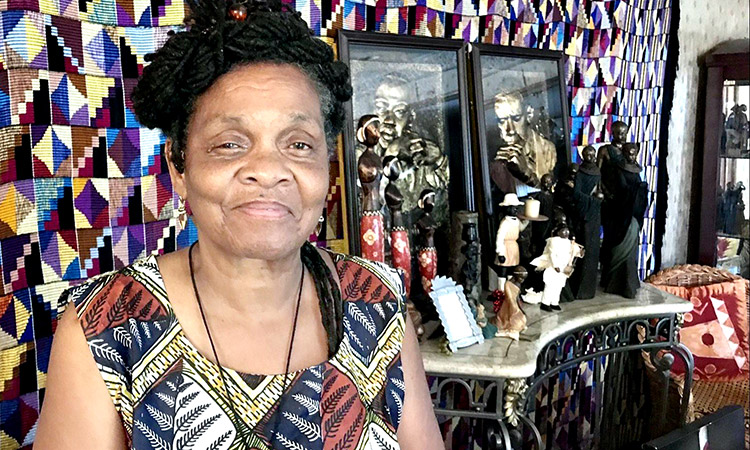 Faya Toure doubts a candidate who shares her views on abolishing the death penalty could win the White House. TNS

Catrena Norris Carter is a bundle of conflicting impulses. As a black woman, she’s delighted with Kamala Harris’ presidential bid. As a liberal activist, she’s thrilled with Elizabeth Warren’s groaning board of progressive policy proposals.

But as someone consumed with defeating President Donald Trump, Carter is determined to think with her head, not her heart, and that cold calculation is pushing her toward Joe Biden among the crowded 2020 Democratic field.

The former vice president may not excite her like some candidates. But he boasts one asset that, to Carter’s mind, surpasses all others: As a white male firmly embedded in the political establishment, Biden — more than a female or black candidate — stands the best chance of winning the White House.

“We really need to be taking the temperature of the entire country,” said Carter, 51, who two years ago helped rally black women across Alabama to put Democrat Doug Jones in the US Senate. “Not just people who think like us.”

Black voters, and black women in particular, are the bedrock of the Democratic Party. Given their large numbers in early-voting states such as South Carolina, Alabama and Louisiana, they will have tremendous sway in choosing the party’s nominee. Some believe that tilts the race away from Biden, former Texas Rep. Beto O’Rourke or other relatively centrist white males in favour of a more progressive candidate or person of color.

But nationwide polling, focus group interviews and conversations with campaign strategists, voters and political activists across Alabama suggest many African Americans aren’t focused on policy or making history by, say, putting Harris or another woman in the White House.

“They are so sick and tired of being sick and tired of Trump, there’s this almost unconscious feeling they’re going to go with the candidate that is more likely to beat him,” said Ron Lester, a Washington pollster who has spent decades surveying the attitudes of black voters.

For many, Lester said, “that is probably a white male,” given their deep-seated belief “that America is still a very racist place and a very misogynistic place and that a candidate who doesn’t get any white votes is probably going to lose.”

Not all agree. Steven Reed, a candidate for mayor of Montgomery, said that “looking for the safest bet is a recipe for disappointment” in November 2020.

Adrianne Shropshire, executive director of BlackPac, a left-leaning political action committee, noted that Barack Obama initially faced deep skepticism among African Americans, who strongly preferred Hillary Clinton early in the 2008 contest. It was only after Obama beat Clinton in Iowa and demonstrated his appeal to the state’s white voters that black supporters flocked to his candidacy, delivering him the Democratic nomination.

“People are nervous because the country is in such peril,” Shropshire said. “People need to have some historical perspective.” But the stated willingness — for now — of many black voters to focus on electability or settle for less than their ideal candidate is one reason Biden has emerged as the early Democratic front-runner. It also points up the challenges facing Harris and New Jersey’s African American senator, Cory Booker, who are banking on racial pride to help boost them from the congested pack, and women like Massachusetts Sen. Warren, who are counting on a measure of feminist solidarity.

“My pragmatic side says that the person that can win this election is someone more in the middle, that’s not going to come out for (repealing) the death penalty and reparations,” said Faya Toure, 74, a veteran civil rights activist in Selma. She sat amid a museum like collection of African art in her law office, blocks from the Edmund Pettus Bridge, where in 1965 blacks seeking the right to vote were clubbed and attacked with tear gas.

“I would love a candidate that would do that,” Toure continued. “But I don’t think that candidate’s going to win this election.”

If Obama’s history-making campaign was buoyed by hope and aspiration, many black voters regard the 2020 election with feelings more akin to resignation and risk aversion. Far from proving the country’s open-mindedness and racial progress, they said, the backlash to the nation’s first African American president only underscored its deep and abiding racial divide.

“What happened after we elected Obama?” asked Toure. “Voter suppression laws. White supremacy. Hate crimes. The tea party. ... Without an Obama, there would never have been a Trump.”

The litany of grievance among African Americans is deep and wide: Trump’s reference to black and brown “shithole countries,” his condemnation of black athletes protesting police abuse and racial disparities, his equivocal response to the white supremacist march in Charlottesville, Va.

The robust economy is no salve. While black unemployment was 6.7% in April, the lowest in decades, that has not translated into widespread African American support for the president or his economic policies. A recent survey conducted for BlackPAC found 90% of likely black voters believed conditions had stagnated under Trump or gotten worse. A January Pew poll gave him similarly poor marks.

“The rich are getting richer, the poor are getting poorer and the middle class is spiraling down, while all is supposed to be right with the world,” said Materia Gipson, 61, a retired Birmingham schoolteacher who is shopping for a candidate even though she looks favourably on Biden.

Parts of Biden’s political past continue to rankle. More than four decades ago, early in his Senate career, Biden was a vocal opponent of busing aimed at school desegregation. As chairman of the Judiciary Committee, he was widely criticized for his treatment of Anita Hill during the 1991 confirmation hearing of Supreme Court Justice Clarence Thomas. Biden was also instrumental in passing a 1994 anti-crime bill criticized for contributing to the mass incarceration of black Americans.

Kenyan Carter, though, has a hard time getting past a lot of things he doesn’t like about Biden. He’s too old, said the 21-year-old University of Southern Alabama journalism student, as his mother, activist Catrena Norris Carter, alternately shook her head and smiled indulgently. He’s too squishy when it comes to fighting climate change, Kenyan Carter went on, and seems too beholden to corporate interests.

The younger Carter hasn’t yet settled on a candidate, but he volunteered last month at a Sanders rally in Birmingham and loves “how scared (Warren) makes Wall Street people and CEOs.” That said, Carter will vote for Biden — grudgingly — if he becomes the Democratic nominee.

Anything, he said, to be rid of Trump.