What states mean by ‘public option’ on health care - GulfToday

What states mean by ‘public option’ on health care 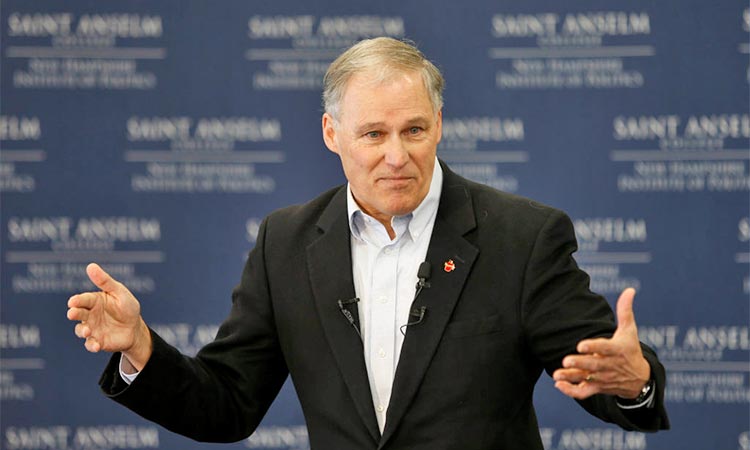 When Democratic Gov. Jay Inslee last month signed a law creating a new health plan alternative for Washington state residents, many accounts proclaimed Washington to be the first state with a “public option.”

But the term is difficult to define — even the word “public” is slippery in the context of health care.

“Public option means the government being more prescriptive,” said Chiquita Brooks-LaSure, a managing director at Manatt Health, which provides consulting and legal services in health care. “There’s more of the state weighing in.”

In general, when policymakers use the term “public option,” they mean a health plan with significant government control. That might mean programmes created and operated by government, as Medicare and Medicaid originally were, or programs largely under government control but run by private entities.

Public option is a “squishy term,” said JoAnn Volk, a research professor at Georgetown University’s Center on Health Insurance Reforms. “It does mean different things to different people, depending on your goals and assumptions.”

Whatever form it takes, proponents of a public option believe it would provide consumers with health insurance that is more affordable.

“They are government plans,” McGill said, “but they are run by insurance companies.” Washington state won’t be operating its own health plan. Instead, it will contract with a private carrier — or several — to oversee its public option, which will be on the health insurance exchange alongside commercial plans.

The Washington state plan also will have another layer of rules that officials think will lower premiums. Most notably, the public option plan would set a cap on reimbursement rates paid to providers.

The term “public option” emerged a decade ago during the debate over the Affordable Care Act, when Democrats proposed including a government-run insurance option alongside privately run insurance on the exchanges. But the version of the ACA that President Barack Obama eventually signed did not include it.

Interest in the idea endured, however. In 2017 and 2018, the cost of private plans on the exchanges soared in many parts of the country, prompting at least 15 states to reconsider a public option through a so-called Medicaid buy-in.

Only 61% of Washingtonians who buy insurance on the marketplace qualify for federal aid in the form of premium tax subsidies. That compares with 87% nationally.

Under the law, Washington must contract with at least one private carrier to begin offering a public option in the year 2021. Under the contract, the carrier would have to meet state requirements related to transparency, administrative costs and purchasing that do not apply to other carriers.

McGill said the goal is to keep premiums for the public option at least 10% lower than what commercial carriers charged the previous year. To do that, the state will limit reimbursement rates to no more than 160% of what Medicare pays.