Indian billionaires are failing to help the country’s poor - GulfToday

Indian billionaires are failing to help the country’s poor 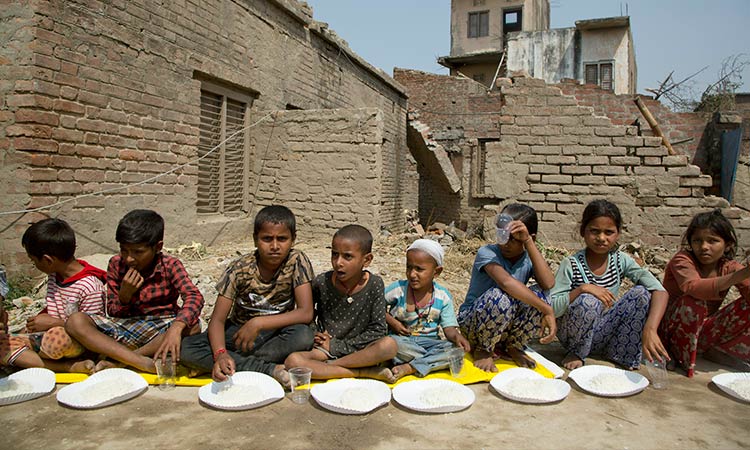 The photo has been used for illustrative purposes. AFP

The UK’s foreign aid budget is a controversial issue and rarely out of the headlines. In the last month alone Esther McVey, a contender to replace Theresa May as prime minister, promised to cut foreign aid spending to 2010 levels to free up an extra £7bn for schools and policing.

Nowhere is the controversy around foreign aid more divisive than in relation to India. In 2015, the UK government vowed to phase out foreign aid to India’s government and there were solid arguments at the time for this policy. After all, India had a thriving space programme, a rapidly growing economy, and more billionaires than the UK. The government made good on that promise, although £98m of the foreign aid budget will go to private Indian enterprises in the next two years to develop new markets.

There has been talk recently that Indian philanthropists are not doing enough to tackle inequality at home. The inference is that as wealth levels have rocketed amongst India’s new elite, this has not been matched by a significant increase in charitable giving. Whilst this is true to an extent – and there is data to back up this assertion – it is vital to consider the context here. Yes, giving levels amongst Indian elites lag behind their contemporaries in America and Europe. But rather than accepting this at face value, let’s try to understand why Indian philanthropy is developing more cautiously than some observers would like.

Firstly – and to be pragmatic – research indicates that providing tax incentives for wealthy donors can play a key role in encouraging regular philanthropic giving. Historical records in the United States show that when the marginal cost of giving falls (e.g. the value of incentives increases), people tend to increase the size of their donations.

If an Indian philanthropist was to donate the same amount of money to charity, £100,000, they would be able to deduct 50 per cent of this amount (so £50,000) from their taxable income. It should also be noted that Indian philanthropists can only claim this 50 per cent incentive if they make a donation to a not-for-profit that’s registered under a specific section of the tax code. Given a current top rate of income tax of 30 per cent, this would result in a personal saving of £15,000. So, that’s less than half of what a UK based philanthropist would receive.

There’s a rapidly emerging middle class in India alongside an increasing number of people falling into the high net worth and ultra high net worth categories. That being said, in 2016, the World Bank reported that 270 million Indians lived below the poverty line. At the Charities Aid Foundation, our India Giving report 2019 revealed that helping the poor was the most popular cause for Indians to donate money to, with 55 per cent of donors giving in this area. Just think of the potential to create change if we can redirect a greater proportion of emerging wealth from Indian philanthropists to tackling this issue.

Moreover, there are cultural considerations at play. India’s progress to prosperity is remarkable; but as just stated, it’s still a nation where many millions of its citizens live in poverty.

Ostentatious shows of wealth amongst the rich, even when there’s an altruistic purpose, may not be viewed in such a positive light in India; especially when compared with philanthropists in the Western world. Philanthropic notoriety often puts off potential Indian philanthropists from making their donations public.

Another thing to consider is that many of these Indian fortunes have been built over several years, rather than several decades. This wealth is new and arguably perceived as less secure because of that. Perhaps some Indian billionaires need to be given time to secure their fortunes and develop their own philanthropic strategies. For Andrew Carnegie, it was only after selling his steel empire and retiring in 1901 that he truly dedicated himself to philanthropy. And today, there are thousands of libraries, museums and institutes that continue this legacy.

Potential Indian philanthropists may also have broader, more international ambitions for their donations. As already mentioned, India’s tax and financial systems aren’t always competitive when it comes to incentives for growing giving or allowing for international philanthropy; at least not in comparison to other G20 nations. As Indian philanthropy matures in the coming years, this needs to be addressed. The ultra wealthy in India will want to be more like their billionaire peers in other countries, with a global outlook. This is an opportunity for Indian philanthropists to become a major force for good both outside and inside their home country.

There are many prominent Indian philanthropists, such as the Nilekani family who have pledged half of their fortune to charity, and Kiran Mazumdar-Shaw who committed three quarters of her wealth to philanthropic causes. And it’s not just ultra high net worth Indians who donate money. Our research indicates that 72 per cent of Indians gave money to charity last year, so charitable generosity is something that permeates all layers of Indian society irrespective of financial status.

There’s a strong case to be made for the energising effect of giving from “the bottom up” too. Previous research indicates that when the general population donates more to charity, the wealthiest tend to donate more as a result. Whilst this undermines the general concept of something such as The Giving Pledge – initiated by Bill Gates and Warren Buffett in 2010 – it’s vital to recognise that when it comes to encouraging charitable giving, there’s more than one way to skin the cat.

So yes, charitable donations from Indian philanthropists are rising slower than the rate at which their fortunes are growing; but clearly there are reasons for that. With the consideration of different tax incentives, a more vocal and robust civil society, and simply the passage of time, it’s likely that we’ll see Indian philanthropy growing in future. Whilst some will be frustrated and say not enough is being done right now to tackle poverty and other social problems, strategic philanthropy doesn’t just happen overnight. So let’s be a little patient; after all, it is a virtue.