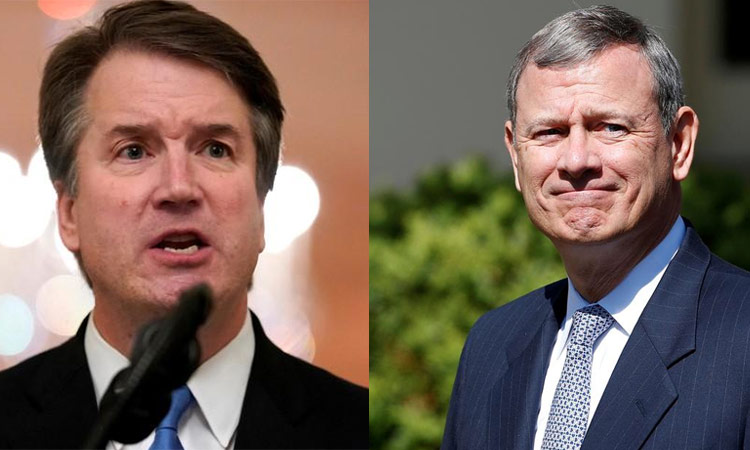 Alabama’s historic ban of abortion from the onset of pregnancy has jolted the public and highlighted the fragility of reproductive rights. This law comes on the heels of “heartbeat” statutes passed this year in Ohio, Kentucky, Mississippi, Georgia, Louisiana and Missouri, and under consideration in numerous other states. These statutes earned their title because they outlaw abortion at six to eight weeks, when the “foetal heart” supposedly begins to beat. In fact, at that stage, there is no foetus, let alone a beating heart — only an embryo with a cluster of vibrating cells.

Motivated by an unabashed desire to overturn Roe v. Wade, the sponsors of these laws are betting that Justice Brett Kavanaugh’s recent confirmation to the Supreme Court will upend nearly 50 years of precedent. I think they are wrong.

In fact, I find a ray of hope in the extremes of abortion bans like Alabama’s and Missouri’s, with no exceptions for rape or incest, or Georgia’s, with its ambiguity about whether women can be prosecuted for their abortions. Until now, the pro-life strategy has been cautious and incremental.

After Roe was decided, pro-life states passed laws trying to overturn the decision. Those efforts failed, but they resulted in Planned Parenthood v. Casey, which enabled the gradual chipping away of reproductive rights. Casey may have upheld the “essential holding” of Roe, but it dramatically altered the constitutional test for abortion laws.

Replacing Roe’s difficult strict scrutiny test with a looser and vaguer test that merely requires abortion laws not to impose an “undue burden,” Casey emboldened states to enact abortion restrictions that “protect” women. Many states passed laws to prevent “hasty” or “uninformed” abortion decisions by requiring women to wait 24, 48 or sometimes 72 hours; by mandating ultrasounds before abortions; and by requiring disclosure of inaccurate or imbalanced information to dissuade women from abortion.

Other laws impose targeted restrictions on abortion providers or clinics allegedly to protect maternal health. In fact, they offer no benefits and only burden women seeking abortions. While not blatantly violating Roe, these laws have dramatically reduced the number of abortion providers in many states. Together with waiting periods and ultrasound requirements, they make it extremely difficult, if not impossible, for women, especially poor and rural women, to access abortions in many states.

These latest abortion laws, however, represent an entirely new strategy. Alabama’s ban does not pretend to protect women. Instead, in outlawing abortion outright, with no rape or incest exception, its sole focus is preserving prenatal life. That has always been the goal. But before, it was cloaked in the sheep’s clothing of maternal health, which made it hard for moderate Americans to condemn such laws. Who could challenge efforts to ensure that abortion providers are “well-qualified” or that abortion decisions are “well-considered”?

The recent abortion bans, in contrast, lay bare the true motivation and cruelty behind a movement that privileges embryonic cells above the welfare of women. By so blatantly violating Roe, they also contravene the views of most Americans, 73% of whom oppose overturning Roe v. Wade, and 58% of whom support abortion in all or most instances. These laws have galvanised not only the left, but also moderate independents and Republicans, to fight for reproductive rights in a way that incremental erosion of abortion rights never could.

But what about the newly conservative Supreme Court? Because Chief Justice John Roberts is an institutionalist who wants to preserve the legitimacy of the Supreme Court — especially after the highly contentious Kavanaugh confirmation — he cannot be eager for the court to consider the constitutionality of statutes like Alabama’s, nor is he likely to uphold them.

These statutes thumb their noses at precedent that has stood for nearly half a century, has been reaffirmed and is supported by a strong majority. After the lower courts inevitably deem these early abortion bans unconstitutional, it is highly unlikely the court will review these statutes, which would leave them permanently blocked.