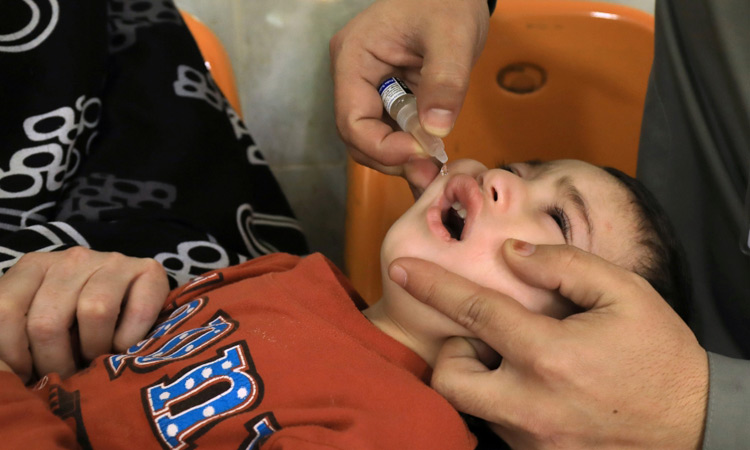 The polio campaigns were carried out with the joint cooperation and coordination of the Pakistan Army, Unicef, World Health Organisation, National Institute of Health Services of Pakistan, Ministries of Health of provincial governments and the Bill and Melinda Gates Foundation.

Bill Gates has commended the efforts of Sheikh Mohamed, saying, “The world’s historic progress to #endpolio would not be possible without the strong commitment of partners like His Highness Sheikh Mohamed Bin Zayed Al Nahyan, Crown Prince of Abu Dhabi and Deputy Supreme Commander of the UAE Armed Forces and the UAE.’’

It is pertinent to mention here that the Pakistani areas and provinces where the Emirates Polio Campaign is implemented are classified, by international organisations, to be very important for the global efforts to eradicate polio. The huge success the Emirates Polio Campaign has achieved in these areas and provinces is reflected in the decrease of polio cases/victims in Pakistan, from 306 cases reported in 2014 to 54 cases in 2015 to 20 cases in 2016 to 8 cases in 2017 to 12 cases only in 2018, a reduction by 95%. These positive results are the key element in the achievement of the objectives of United Nations and countries of the world for the efforts towards the eradication of the poliovirus in the near future.

The data in the official website of the World Health Organisation, Regional Office for the Eastern Mediterranean, shows that worldwide polio cases were reduced in many provinces of different countries.

Last year, the Ambassador of Pakistan to the UAE, Moazzam Ahmad Khan, commended the UAE’s global efforts and financial contributions towards eradicating the polio virus and saving millions of children in Pakistan and other nations.

The World Health Organisation, WHO, also acknowledged the immense contributions the UAE has made to eradicate this debilitating disease.

The anti-polio drive is a testament to the UAE’s commitment to humane drives to help the poor and underprivileged and its determination to provide development programmes. May the UAE continue to bring improvement — and happiness — among such sections of society and be blessed all the more for it.

The UAE, superbly guided to its strong moral health by its founding father, has never been short in its commitment towards problems beyond its shores. It has always treated human issues everywhere as if they were its own.