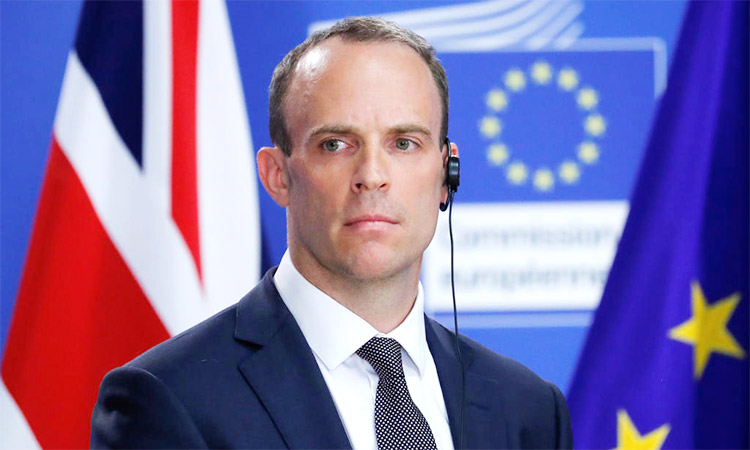 That well-known constitutional expert Dominic Raab believes he has hit upon a way to get a calamitous no-deal Brexit though the Commons if and when he becomes prime minister. His idea is to prorogue parliament, which is the formal term for the end of a parliamentary session and it is marked with a colourful ceremony in the House of Lords. It normally entails an announcement and speech on behalf of the Queen.

I always feared that Brexit – which began as a constitutional crisis – would also end in one. Raab’s refusal to rule out proroguing parliament to force Britain to leave without a deal on 31 October is clearly what his puppet masters in the European Research Group want him to do, but I doubt he has entirely got his head around what it would involve.

It would effectively mean that he would have to rely on the royal prerogative, exercisable by him as prime minister, to prorogue parliament, which would not require the consent of MPs. This would be different to the royal-prerogative power Theresa May was attempting to use to trigger Article 50 and change citizens’ rights without parliamentary consent, which I managed to put a stop to with my court case.

If there is deemed to be no legal way to stop Raab’s wheeze, opposition to proroguing parliament would have to be through political pressure.

The use of “humble addresses”, “standing order 24” and now proroguing is stress-testing our political processes, unwritten constitution and parliamentary conventions in ways that have not occurred since the times of Henry VIII. And the scene is set for serious confrontation, as John Bercow, the speaker, has said, proroguing parliament to force through a “no-deal Brexit” is “simply not going to happen” and it is “so blindingly obvious it almost doesn’t need to be stated”.

What may be blindingly obvious to Bercow, may not be so to Raab, and this situation illustrates two things. First, it shows that Raab’s true loyalties are not to the wider Conservative party, but to the ERG who accuse EU institutions of being undemocratic whilst showing themselves willing to not just be undemocratic but autocratic.

Second, it highlights Raab’s rabid mindset, through which he will sacrifice anything on the altar of Brexit – even the sovereignty of parliament, which so many people who voted Leave were told they would get back if we left the EU.

Many people compare the political crisis of Brexit to that of the 1940s, and talk of proroguing brings this comparison into sharp focus. Parliament has not been prorogued by a government, to circumvent parliamentary opposition to government policy, since 1948, following the Lords’ opposition to the Parliament Bill.

Let me finish by reminding readers of some of Raab’s other views: “Feminists are now amongst the most obnoxious bigots.” And in a pamphlet for the Centre for Policy Studies he asserted that UK employment legislation represents a “straitjacket” for the economy, while proposing employers should be able to fire at will. He complains of “human rights running riot” and thinks workers’ rights should be changed to make it harder for them to go on strike.

Here is a man whose values and principles appear to be dramatically at odds with those of most of his fellow countrymen and women, but alas only some 160,000 of them will be voting for him or any of the other Tory candidates. The rest of the UK population will just have to suffer the horrifying consequences.