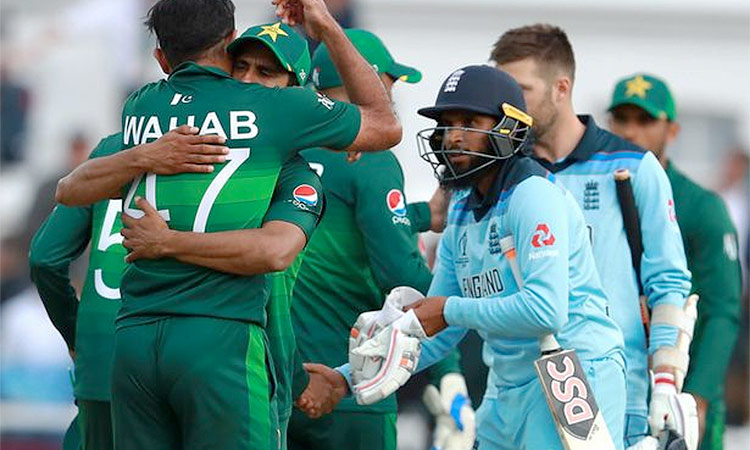 Pakistan bounce back to stun England.

It’s early day into the World Cup but Pakistan’s humbling of hosts England implies that nothing can be taken for granted (“Pakistan bounce back to stun England in nail-biter,” June 4, Gulf Today).

The so-dubbed unpredictable Pakistan side proved otherwise on Monday when they beat the hosts at Trent Bridge, just three days after crashing to a seven-wicket defeat against the Windies at the same venue.

High-scoring matches were to be the order of the day, but it so happened that the Monday Pakistan tie was the first, since the tournament got underway on May 30, that came close to the 350-mark. And the English side is understood to be adequately prepared for such outcomes. But despite two of their batsmen — Joe Root (107) and Jos Buttler (103) — hitting a ton, the hosts missed the target by 14 runs.

This could also be the warning bells for strong favourites India. Team India got off to a good start beating South Africa by six wickets. But could face a similar fate, should they risk taking their opponents for granted. The World Cup is beginning to get interesting.