The tears and suffering in Syria continue - GulfToday

The tears and suffering in Syria continue 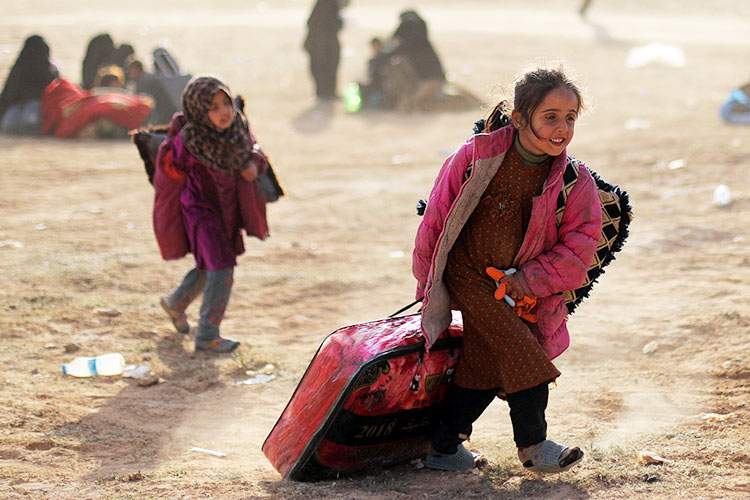 The conflict in Syria never seems to end. The latest Syrian offensive in Idlib, the biggest escalation of the war between the regime forces and their rebel foes since last summer, has stoked apprehensions of a major humanitarian crisis as thousands of people take shelter from air strikes at the Turkish border. They are experiencing a horror- filled month of fasting.

Turkey, which is already hosting more than 3.6 million Syrian refugees, is facing strong pressure from Syria, Iran and Russia to deliver on its pledge to control the armed rebel factions in Idlib.

But Turkey also needs Russia to rein in the regime fighters to prevent a massive outflow of refugees and to keep Turkish soldiers on the ground safe.

Russia said it was Turkey’s responsibility to stop rebels in Syria’s Idlib province from firing on civilian and Russian targets, signalling it would continue to back a Syrian government offensive there despite Ankara’s protests.

Turkish President Tayyip Erdogan told his Russian counterpart Vladimir Putin late on Thursday that he wanted a ceasefire in Idlib to prevent more civilian deaths and a refugee influx to Turkey.

The United Nations said last week that more than 200,000 people had fled the violence since the government offensive began at the end of April.

The Union of Medical Care and Relief Organisations (UOSSM), which provides assistance to health facilities, put the number at more than 300,000.

The northwest – Idlib province and a belt of territory around it – is mostly held by Tahrir Al Sham, the latest incarnation of the former Nusra Front, which was part of Al Qaeda until 2016.

The group tightened its grip earlier this year in a campaign against other rebels. Some of these still have a presence as part of the “National Front for Liberation”, backed by Turkey.

What is worrying, and an irritant, is the apathy of the West. The Syrian NGOs decried on Friday the inaction of the international community to mounting violence in Idlib, saying it had triggered the biggest wave of displaced people since the war began.

The recent bombardments by Syrian and Russian forces in northwest Syria have pushed thousands of people towards Turkey’s border, the NGOs said at a press conference in Istanbul.

Children are among the worst victims. As TV images show, it’s the same painful scenario that keeps repeating itself: bombed out buildings which have crumbled like a pack of cards and innocent children with bloodied faces.

Clearly, the tears, the suffering, the pain of the Syrian civilians is simply lost on the warring parties, and the West, which does talk humanity but often gets slow when it comes to action.

However, a change in stance seems to be on the horizon. Moscow is unlikely to support an all-out Syrian operation in Idlib because the benefits of a long-term alliance with Turkey outweigh one military battle.

“Russia doesn’t want to ruin its relationship with Turkey because of Idlib,” says Kirill Semenov, a Moscow-based Middle East analyst and expert at the Russian International Affairs Council. Whatever the political gains what should be the world’s top priority is the loss of lives.