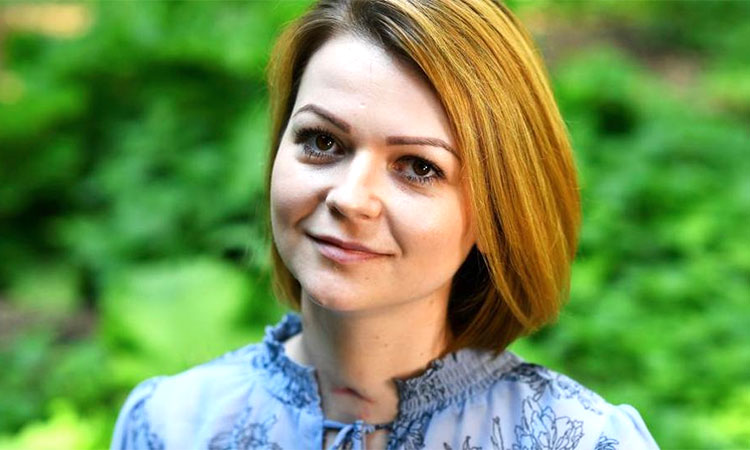 The greatest security breach in the history of the United States occurred during the 1940s and 1950s when American citizens forwarded top-secret information to Soviet agents. Yet the students in my Stanford University classes hardly know about it.

They’re not historically ignorant. They’ve earned top scores on the Advanced Placement US history exam and can go on at length about the House Un-American Activities Committee, loyalty oaths, Hollywood blacklists and Sen. Joseph McCarthy. But when it comes to Russian spying, their knowledge starts and ends with Julius and Ethel Rosenberg, who met their deaths in the electric chair at Sing Sing.

The Rosenbergs were part of an extensive spy ring of American citizens who betrayed their country on behalf of a foreign power. Hundreds of American spies infiltrated the highest echelons of government, including Assistant Treasury Secretary Harry Dexter White. The information they passed along allowed the Russians to hopscotch over phases of development and produce an atomic bomb years before they would have otherwise.

Why do my students know only half of this story?

It starts with the books they read. One of them — always among the most popular among precocious young students — is Howard Zinn’s “A People’s History of the United States,” a book that’s sold 2 million copies. Zinn describes the “Red scare” of the 1950s as a time of national paranoia cooked up by the government to gain “mass support for a policy of rearmament.” He cites a 1977 book that claims that “not a single case of espionage was uncovered.”

Many would agree —even today. But the claim is outdated and wrong. Historians, examining newly released evidence over the last quarter of a century, have changed their minds about the extent and damage of Russian spying.

Two years before American scientists tested the atomic bomb in a New Mexico desert in 1945, Igor Kurchatov, father of the Russian atomic programme, was already examining hand-drawn sketches smuggled out of Los Alamos and ferried 6,000 miles to his Moscow laboratory. These diagrams spelled out the principles of implosion, a theory so new to Soviet scientists that they used the phrase “explosion toward the inside” because no word existed for it in Russian.

This evidence came to light when Russian President Boris Yeltsin unbolted his country’s archives in 1992. Among the files historians discovered were top-secret documents from the US Office of Naval Intelligence and the Department of State.

However, it was a set of cables from an American counterintelligence operation, code-named Venona, that caught the eye of Harvey Klehr, an Emory University historian. Combing through these messages, Klehr essentially found a smoking gun: evidence of a US program so secret that President Truman hadn’t known about it.

How did messages from a US code-breaking operation end up in Moscow? Because the Soviets even had a spy —William Weisband, a linguist with the Army’s Signal Intelligence Service — inside the former Virginia girls school where code-breakers deciphered the cables sent between Moscow and their agents in New York, Washington, Chicago and San Francisco.

My students’ textbooks mute this story. “American Pageant,” one of the most widely used texts for Advanced Placement history, offers this lone sentence: “Soviet agents did infiltrate certain government agencies, though without severely damaging consequences, and espionage may have helped the Soviets to develop an atomic bomb somewhat sooner than they would have otherwise.” More lopsided is “The Americans,” another leading textbook. A passage on McCarthy’s slimy Red-baiting tactics dominates a chapter on the Cold War. Tacked at the end is a sentence about newly released Soviet cables that implicated Alger Hiss, a State Department official, which “seemed” to prove his guilt as a spy. Students, however, never learn about a second cable (KGB File 36857) that named agent “Alger” and explained his role in procuring documents for the Soviets.

“Well, let’s face it,” historian Maurice Isserman wrote in 1999 in reference to Hiss’ guilt, “the debate just ended.” None of us can be completely objective. What matters is what we do when our preconceptions collide with new evidence.

This happened to Walter and Miriam Schneir. In their 1965 book about the Rosenbergs, they sought to prove that allegations of spying were baseless. Confronted with new evidence 30 years later, the husband-and-wife team reassessed their lifework. Their efforts to establish the Rosenbergs’ innocence had been in vain — a realisation that was “painful news for many people, as it is for us,” they wrote.

When the evidence changes, so must the story. It’s a lesson I want my students to learn.

Maybe textbook writers should learn it as well.

The predawn attack struck without warning — bullseye! It looked like many others that were the work of a foreign adversary. Yet it wasn›t until mid-morning Wednesday when the dead-center hit was discovered by the intended target — me. And I only discovered the attack because I looked away from my 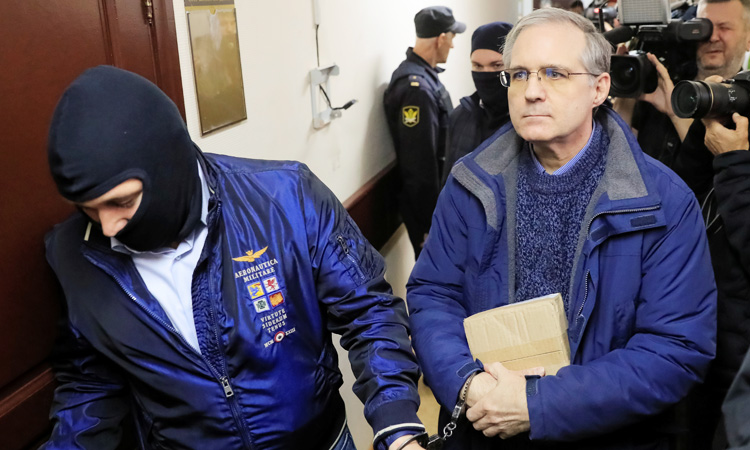 A former US Marine held in Russia on suspicion of spying said on Thursday that a prison guard had forced him to his knees in custody and that he had been threatened with a gun, the Interfax news agency reported.