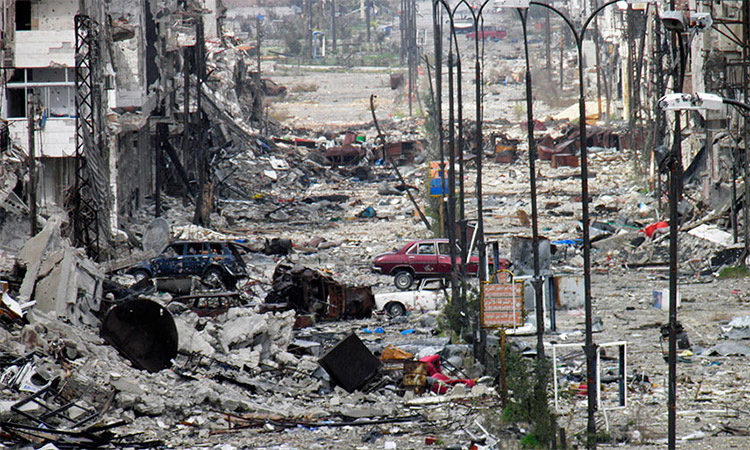 A road, devasted by years of fighting, paints a gloomy picture of today's Syria. Reuters

Syria seems to be a playground for all the countries to jeer at and to test their weapons and Syria’s inhabitants are treated akin to how many of us would swat at flies. That is the reason that the most recent air strike on northwestern Syria is just another day and another killing in the countless bloodshed that have happened since 2011 (“Regime strikes on northwest Syria kill 31 civilians,” May 29, Gulf Today).

The callous attitude of the world shows in the way the report describes the bodies as being torn apart. The apathy is also that the 3 million residents of Syria must live in fear every single moment, because they would never know when they will be caught unawares with an air strike.

It’s a shame that the Syrian government and Syria’s allies continue to do what they do — airstrikes on localities that they believe contain militants. This results in innocent civilians losing their lives, innocent people losing their homes and possessions and also hospitals suffering. What can get worse than this? One would want to question the indifferent approach of the world — the USA and UN only chide Syria. There is not much happening in terms of addressing the dire situation. Nobody deserves to live like this — it’s a blatant disregard of human rights.