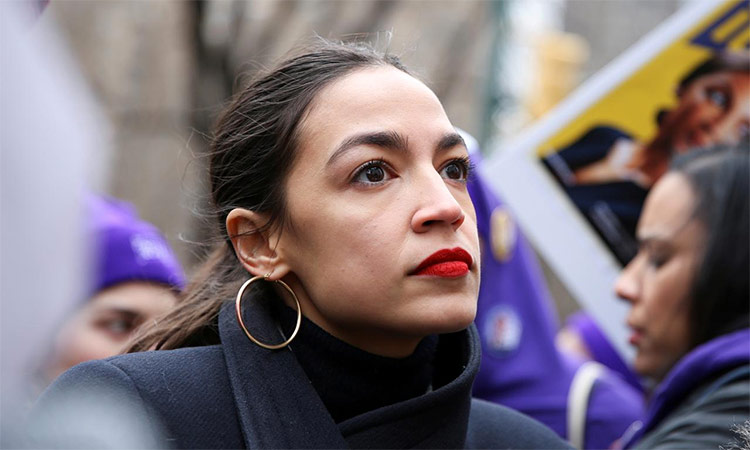 When Rep. Alexandria Ocasio-Cortez released her Green New Deal in February, the plan was a bit disappointing — too focused on the US instead of on the world as a whole, too willing to dish out lavish new entitlements, not focused enough on research and technology, too dismissive of the private sector and too vague on how to pay for it all.

But the Green New Deal did accomplish one very crucial thing — it got the ball rolling. Climate change has long been a disaster in the making, but until recently the American public tended to treat it as an afterthought. The Green New Deal brought climate change front and center, and made Americans think about big bold solutions instead of technical tweaks and half measures. In the long run, that will be more important than the details of the initial proposals.

Already, alternative plans are popping up that are more detailed, pragmatic and focused. The think tank Data for Progress has a plan that actually predates Ocasio-Cortez’s, but which goes into much greater detail about how to combat climate change both at home and abroad. Writer and technologist Ramez Naam has sketched out an excellent blueprint for how to research and disseminate carbon-free technology. (I sketched out my own alternative, though it was just a brief outline.)

Now, Washington Governor and Democratic presidential candidate Jay Inslee is releasing a plan that seems to be the most comprehensive and pragmatic one yet. Two out of an eventual five or six parts have been released, and already, it’s looking very good.

The first part of Inslee’s plan focuses on US emissions, pledging to convert the country to 100% carbon-neutral electricity by 2030, and to mandate that all new buildings, cars and buses emit zero carbon. That would fully or partially address three of the five major sources of emissions:

These are bold goals, but the technology already exists to make them happen. Utilities would be able switch to solar, wind, nuclear, hydro or other sources, as well as installing carbon capture. Cars and buses can be electric with some extra cost, as anyone with a Tesla or a Chevy Bolt already knows. And buildings can be made carbon-free by electrifying their heating systems, cooking systems and so on. Inslee’s plan includes a host of details for how the government can make these changes actually happen, including direct government construction, government financing of private efforts, regulatory mandates, tax incentives, use of public land and cooperation with private companies. The second part of Inslee’s plan adds more initiatives, such as green infrastructure and gradual decarbonization of existing buildings.

The US might also get an industrial boost. Inslee’s plan includes policies to promote green manufacturing, as well as training for workers. It would also provide export financing and promotion for these industries. That would potentially generate a triple benefit — spurring US industry, providing jobs for American workers, and, most crucially of all, subsidizing zero-carbon products for the rest of the world. Because in the end, it’s the rest of the world where the battle to save the climate will be won or lost. Countries other than the US now produce about 86% of the world’s carbon emissions. That number will certainly increase in the years to come as poor countries develop. By focusing on exporting cheap green products to countries such as India, the US can make some money while helping them to develop along a cleaner path than the US did.

And in the end, technology will be the most important factor helping other countries go green. It’s hard to imagine a climate plan smarter, more comprehensive or more feasible than the one Inslee is putting forward. But that doesn’t mean Inslee deserves all the credit — if this plan ultimately gets implemented, the country will ultimately have Ocasio-Cortez to thank for preparing the country to embrace such a vast effort.