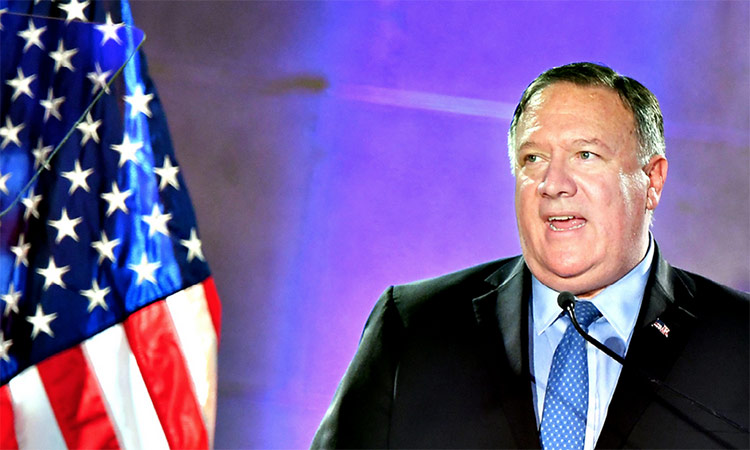 After numerous false starts, the Trump administration is finally preparing to unveil its long-promised Mideast peace plan in coming weeks, and initial indications suggest it is aimed at pleasing Israel while offering financial incentives to the Palestinians but no pathway to statehood, their primary demand.

The White House has said it will begin the rollout at a US-led conference in Bahrain on June 25-26, where Trump administration officials will reveal economic parts of the plan. Secretary of State Michael R. Pompeo said the full plan will be released this summer.

“The White House has a vision for peace between Israel and the Palestinians,” Pompeo said at a celebration in Washington this month marking the 71st anniversary of the founding of Israel. “It offers an opportunity, although no guarantee, that we hope we can have a brighter future for the Palestinian people.”

But the Palestinian Authority already has ruled out participating in the Bahrain conference and urged others to boycott it as well, a clear sign of the difficulty the White House will have in selling the plan. Prominent Palestinian business leaders, who were invited, are refusing to attend.

“The Palestinian cause is and always has been about a state and justice,” said R. Nicholas Burns, a veteran former US diplomat now at Harvard. “Money alone won’t work.”

After taking office, President Donald Trump vowed to try to make the “ultimate deal” to end generations of discord between Israelis and Palestinians. He appointed Jared Kushner, his son-in-law and senior adviser, to head the effort.

But Palestinians saw Trump as overtly pro-Israel when he declared the disputed city of Jerusalem as Israel’s capital in 2017 and moved the US Embassy there from Tel Aviv. Palestinians claim part of the holy city as their capital, and previous peace plans considered the dispute part of a final political resolution to the conflict.

In response, Palestinian leaders broke off contact with Kushner and other US envoys. Trump then slashed millions of dollars in US aid to the Palestinians, including to refugees and hospitals, and ordered the closing of the de facto Palestinian embassy in Washington.

In March, Trump defied international law and recognized Israeli sovereignty over the Golan Heights, a fertile plateau that Israel seized from Syria in the 1967 Six-Day War. Against that volatile backdrop, Kushner and his team continued trying to draft a plan and recently began to drop hints as to their approach.

In an interview with Time magazine, Kushner was asked whether his plan included a two-state solution, the internationally endorsed arrangement that would end Israeli occupation of the West Bank and allow the Palestinians to form an independent nation alongside Israel.

“If we focus on old, traditional talking points, we will never make progress,” Kushner said. In subsequent comments, he made clear that the plan would not include a two-state solution.

“If you say ‘two states,’ it means one thing to the Israelis, it means one thing to the Palestinians, and we said, ‘Let’s just not say it,’ “ he said at the Washington Institute for Near East Policy, a nonpartisan think tank. Robert Satloff, who heads the institute, wrote later that “it was like pulling teeth to extract from Kushner much empathy for Palestinian political aspirations,” and recommended killing the plan.

Some Palestinians have denounced the US plan as an attempt to buy them off, saying it appears similar to a proposal for “economic peace” that Prime Minister Benjamin Netanyahu and the Israeli right wing have floated as an alternative to Palestinian statehood.

“This is not a real estate deal,” Zahi Khouri, 81, chairman of Coca-Cola Bottling Co. in the West Bank, said dismissively of Kushner’s business background. “This is about human rights, freedom, creating a state.”

Kushner’s top aide, Jason Greenblatt, contended that critics were misjudging a plan they haven’t seen. “To those falsely claiming our vision is just economic peace: We’ve been clear that the economic vision we present can’t exist without the political component, and the political component can’t succeed without the economic,” he tweeted recently. “Don’t believe rumors the plan is only economic. It’s not.”

Israeli officials declined to comment on either the Bahrain conference — it is not clear whether they will attend — or the Kushner plan generally. Netanyahu, one of Trump’s closest allies, is still trying to form a government after his party won elections in April.

Ehud Barak, a former Israeli prime minister who led peace talks that failed in 2000, said he believed Netanyahu and Trump were working together on a deal that Palestinians will be unable to accept.

“The idea they have, that economic benefits can bring a people to political agreements, is refuted by all known history,” Barak said in a telephone interview. “It just doesn’t work that way. National aspirations and the desire for economic well-being don’t operate on the same plane.”

Veteran US diplomats — including three former ambassadors to Israel and two former peace negotiators — also are skeptical. “The devil’s theory is that this is designed to have the Palestinians say ‘no,’ “ said Daniel Kurtzer, the US ambassador to Israel from 2001 to 2005. “And the quickest way to that is to have them believe you are going to buy them off.”

Martin Indyk, who served twice as US ambassador and was special envoy to the region in 2014, said Kushner and his team were ignoring history at their peril.

“They say they are reinventing the peace process because everything we tried failed,” Indyk tweeted. “Only what they’re trying — launching a plan without a process, promoting economic peace, etc. — has been tried before and it too failed.”

Palestinians say the Trump administration’s team has shown a clear bias toward Israel. In addition to Kushner and Greenblatt, it includes David Friedman, Trump’s former bankruptcy lawyer, now the US ambassador to Israel. Friedman, an Orthodox Jew, recently declared that Israel was “on the side of God” in peace negotiations, and asked prominent Israeli rabbis to pray for Trump’s reelection.

The three Trump aides are vocal supporters of the settler movement, which builds towns for Israeli Jews on land claimed by the Palestinians, a project considered illegal under international law. Previous US administrations opposed or sought to discourage such construction.

Friedman led a successful effort to remove the word “occupied” from State Department reports on Palestinian territories controlled by Israel, and he uses “Judea and Samaria” to refer to the West Bank and environs. Many Israelis favor those Hebrew biblical references, which diminish Palestinian claims.

Greenblatt has hailed the West Bank city of Hebron as a model of “what could be possible,” saying it lays the “groundwork for peace” because a Palestinian businessman held an iftar dinner to break the Ramadan fast with Jewish settlers on May 14.

Hebron settlers are a tiny minority in a city under strict Israeli military control with little freedom of movement for the majority Palestinian population.